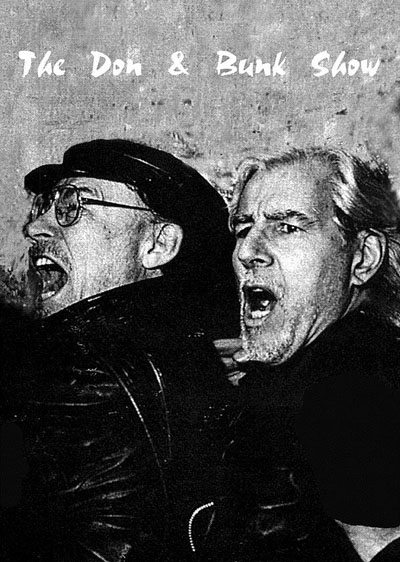 slideshow
Just a few miles east of the Whisky a Go Go, where they stunned the world over 40 years ago with the classic Mothers of Invention, keyboardist Don Preston and saxophonist Bunk Gardner returned to Sunset Blvd. as The Don and Bunk Show, reviving their duo homage to the early music of Frank Zappa. Dolores Peterson Productions brought the terrible two to the Hollywood Studio Bar and Grill to warm up for their east coast tour, which may jump the ocean and go all European. Despite busy solo careers, Preston and Gardner still love the old master, and play wonderfully concise and updated versions of Zappa classics from Freak Out! (FZ/Ryko, 1966) to Zoot Allures (FZ/Ryko, 1976).

AAJ Contributor Rex Butters was there to catch the action, but before that he spoke with Preston about reviving the music of Frank Zappa, his own discography as a leader, and more.

Check out Don Preston: Just Another Duo From LA at AAJ today!