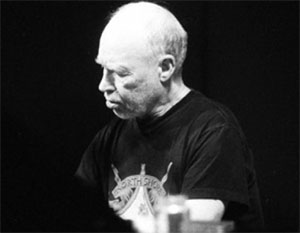 slideshow
Norway&#151Considered the greatest synthesizer practitioner in the world by many, original Mothers of Invention and keyboard music legend Don Preston, has released a modern masterpiece in electronic music. Now available as a download-only album from Norway's Zonic Entertainment, Don Preston's 'Colliding Galaxys' is an epic electronic tone poem, for the most part, created on classic analogue Moog synthesizers. “The new CD is about the time when the Milky Way and the Andromeda galaxies will collide in about 50 million years from now," explains Preston. “It is a suite in 3 parts. The music was done with a Mini Moog Voyager, a Mini Moog Classic, Roland JV 1080, Kaoss Pad, Alesis Air Synth and various samples with a Roland S-770. This music was done in the style of the electronic music of the '70s. Louis and Bebe Baron were personal friends of mine (they did the score for Forbidden Planet) and it was a thrill to see the equipment that they did the score with, remembering that this was long before synthesizers had been invented."

Don Preston was quite possibly the first person to utilize synthesizers in live performance with Frank Zappa's Mothers of Invention. Today, four decades after having built 'analog synthesizers' from scratch before most people had heard of such things, Preston is a living legend and a pioneer in music. Preston recorded and toured with Frank Zappa and the Mothers from 1966-1974 and can be heard on such classic albums as 'Absolutely Free,' 'We're Only In It For The Money,' 'Cruising With Ruben & the Jets,' 'Uncle Meat,' 'Burnt Weeny Sandwich,' 'Weasels Ripped My Flesh,' 'Fillmore East—June 1971,' 'Just Another Band From LA,' 'Waka/Jawaka,' 'The Grand Wazoo' and 'Roxy & Elsewhere.' Along with Frank Zappa, Preston has worked with a number of well known music artists such as Carla Bley, The Residents, Flo & Eddie, Elvin Jones, Meredith Monk and Lou Rawls to name a few as well as scoring and recording part of the soundtrack for 'Apocalypse Now.' Preston also records and tours with former Mothers of Invention member Bunk Gardner as the Don & Bunk Show as well as Zappa alumni Napoleon Murphy Brock and Roy Estrada in the Grande Mothers Reinvented. Robert Moog, the father of the Moog synthesizer, was reportedly shocked by some of the sounds Preston was able to produce on the instrument. He even was quoted saying that Preston's solo on Zappa's “Waka/Jawaka" was the “best Moog solo ever recorded."

Now Don Preston is back with an “epic saga, a majestic 2010 space odyssey" with the release of Colliding Galaxys on Norway's Zonic Entertainment, who have also released other Zappa alumni related CDs “Last year I got a call from Jon Larsen (president of Zonic Entertainment) in Norway, who wanted to do an interview with Bunk Gardner and myself," recalls Preston. “So we went to Arthur Barrow's studio in Santa Monica and proceeded to do very long interviews which got very emotional for both Bunk and myself. We were going way back in the past and revealing things about ourselves that we had forgotten about but were triggered by other memories of that time in the Mothers. Jon, who was so kind and understanding, was very happy to have gotten such great moments on tape to take back to his record company and release this on CD also. Arthur had to go through all the recordings and edit out all the garbage. We should be doing a European tour in April 2011 with Jon's help."

Along with the upcoming Spring tour with Bunk Gardner, Don Preston is currently involved in a number of projects. “I just finished doing music for a group of plays by a group called Gunfighter Nation headed up by writer/director John Steppling," says Don. “I performed all the music live. I also just performed at the Los Angeles County Museum with Bobby Bradford and George Herms, the renowned artist. At present I am rehearsing for an upcoming two-week tour." Preston is also featured on the new ANT-BEE CD 'Electronic Church Muzik' slated for release in late 2010.

Don Preston's 'Colliding Galaxys' is available on the Zonic Entertainment label (exclusively dedicated Frank Zappa inspired music) and can be purchased at hotclub.musiconline.no.

The album is distributed by Qualiton in the US qualiton.com