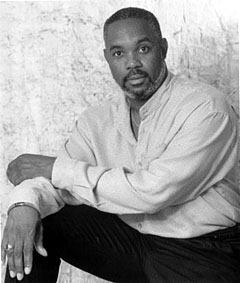 WASHINGTON, DC -- Keith Killgo, veteran Blackbyrds drummer and vocalist is themusic director for 'A Pryor Experience', a new jazz cabaret performed by the award-winning actress, Rain Pryor. The bi-racial daughter of the late and legendary comic icon Richard Pryor and a militant Jewish woman, Rain produced and starred in her one- woman show,'Fried Chicken and Latkes'. She has selected Keith Killgo Jazz,Keith's ensemble, as her band for her cabaret.Ms. Pryor will bring her wonderful voice and wit to the Blues Alley stage on Monday, November 26, 2007 with shows at 8 and 10 PM.Blues Alley is located at 1073 Wisconsin Avenue, NW, Washington, DC. The cover charge is $30. Contact Blues Alley at (202) 337-4141.

Blues Alley, named by the New York Times as “The nation's finest jazz and supper club"is a venue that Keith Killgo has played many times before. His latest combo, 'Keith Killgo Jazz' has been winning over audiences all year long. Beginning the year with a stellar performance at South by Southwest 2007, the mega-music, invitation-only festival held in Austin, Texas, Keith Killgo Jazz has performed to full clubs and won critical acclaim for their performances. PopCulturePress.com raved that"Killgo's latest combo is tight, tight, TIGHT...It is rare for Austin or SXSW to get jazz of this caliber in such an intimate setting as the Elephant Room, which was standing room only. “Other major performances include Musikfest in August and several reunion Blackbyrds performances as 'KOJO' (Keith, Orville and Joe) with two other Blackbyrds members, Orville Saunders and Joe Hall, III at the Capital Jazz Fest at Merriweather Post Pavilion in Maryland, and The Jazz Cafe, in London. These are just a few of his performance highlights this year.

Keith is in the studio working on solo release number four, planned for spring 2008. He is also writing his memoir tentatively titled, “Happy Music: From the Gigs to the Grooves" about his musical experiences performing with Miles Davis, Joe Henderson, Donald Byrd, the Blackbyrds and many others.