Jumping aboard the hard-bop express 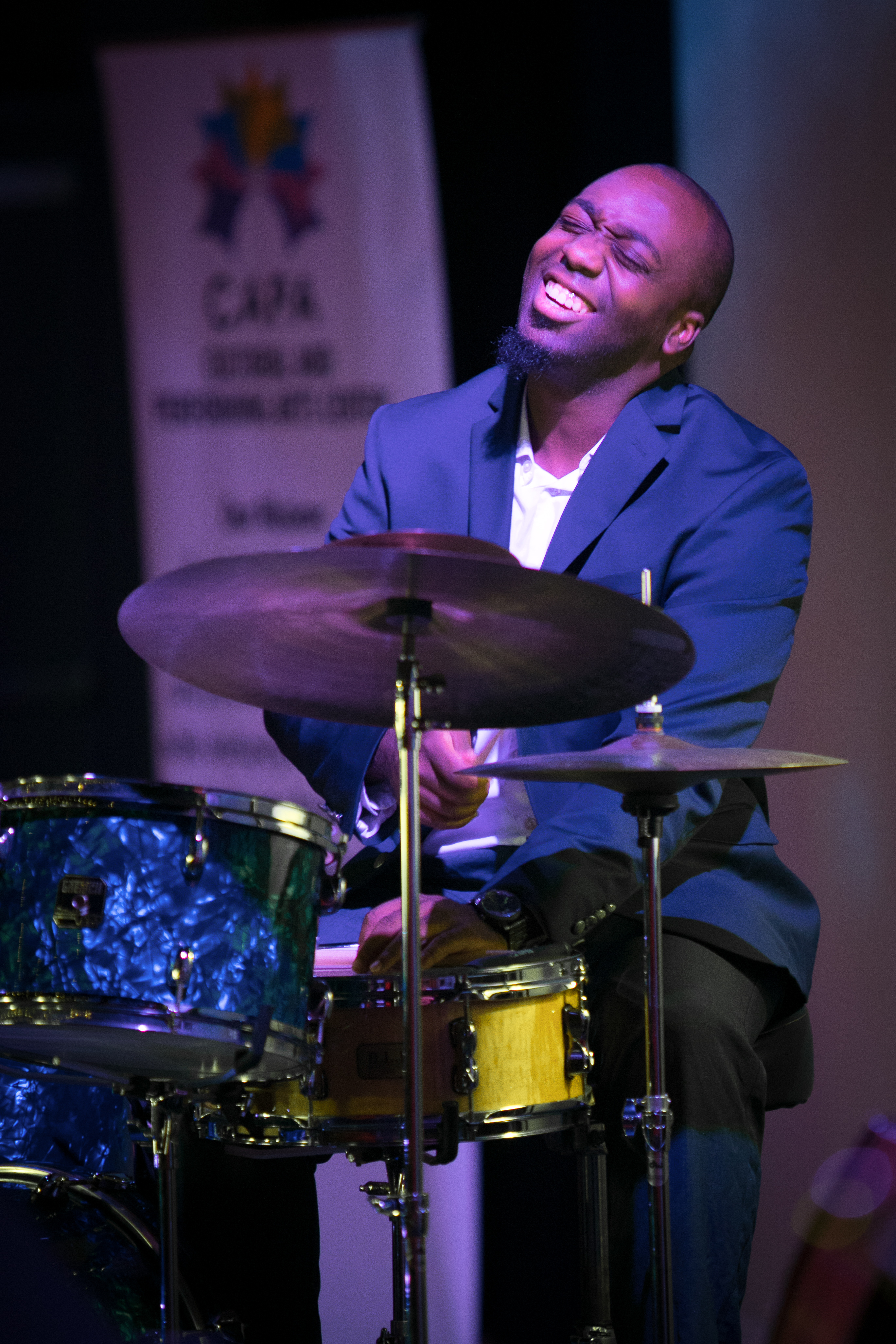 slideshow
Drummer Paul Gavin digs hard bop, a hard-driving jazz subgenre that embraced strong elements of funk, soul and the blues when it emerged in the 1950s. And he plays it with great joy and enthusiasm.

Art Blakey's Jazz Messengers band was one of hard bop's primary incubators. His unit also played a peerless role in developing scores and scores of fine bandleaders over the years. (You can find more detail on that legacy in this earlier posting.)

Gavin's newest band project, Mosaic, made its debut performance on Saturday, May 18, at the Firehouse Cultural Center in Ruskin. The band is named after one of Blakey's finest albums, a 1961 Blue Note project for which pianist Cedar Walton composed the title track.

This night's music was drawn entirely from the Jazz Messengers repertoire, which made sense for two reasons- Blakey's influence on jazz, and the fact that this is the centennial of his birth year. The Pittsburgh native was born on October 11, 1919. He died in 1990.

There were two other fine spotlight moments:

The power and majesty of the trumpet was always a key element in the Jazz Messengers (whose horn-playing alumni included Hubbard, Morgan, Donald Byrd, Chuck Mangione, Terence Blanchard and Wynton Marsalis, among others). On this night, Suggs wore the mantle to great effect. His solos were on fire all night long. Gillespie and Bruce also had fine moments. Bruce, who works mostly in the classic jazz, Dixieland and swing genres, took on the hard-bop challenge and stretched his wings. He was showcased on “Along Came Betty."

Gavin, 27, is a 2015 graduate of the University of South Florida's jazz program. He works full-time as a performer and music educator.

Blakey's legacy was the inspiration for this band, but Gavin said he also plans to dig into other aspects of the hard-bop legacy as Mosaic develops. His said its next focus will be on the soulful sound of two Tampa natives who made a huge mark in jazz, brothers Cannonball and Nat Adderley.