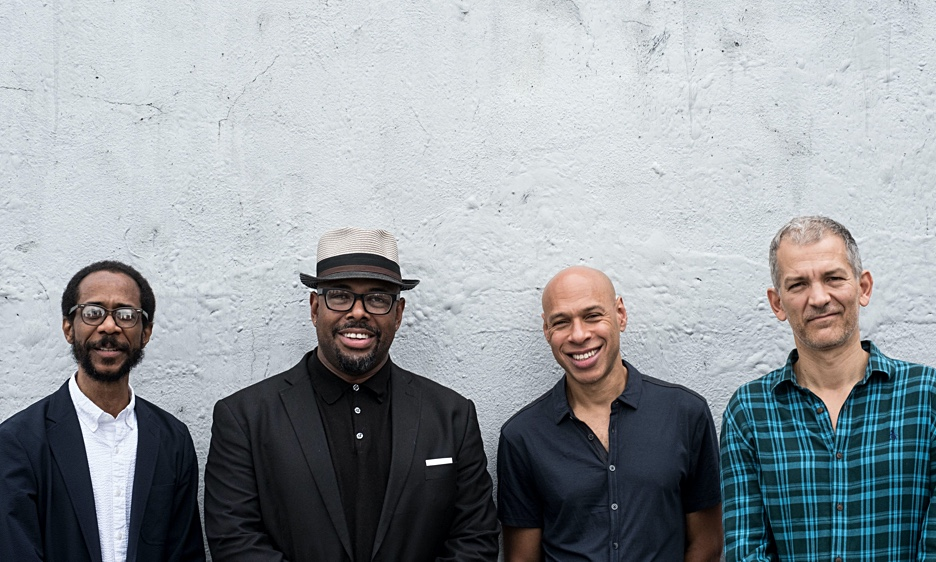 Musicians with a scary level of talent playing into the moment… The blend of outside influences into a consensual jazz language, the polyrhythmic play, the scholarly bravado: All those things felt fresh for these musicians in the 1990s... There’s something undeniable—consoling, even—about hearing them remain true to it today.
—New York Times

The members of the original Joshua Redman Quartet—Redman (saxophone), Brad Mehldau (piano), Christian McBride (bass), and Brian Blade (drums)—reunite with the July 10, 2020 release of RoundAgain, the group’s first recording since 1994’s MoodSwing. The album features seven newly composed songs: three from Redman, two from Mehldau, and one each from McBride and Blade.

On Wednesday, July 22 at 4pm ET on the NPR Music YouTube channel, NPR Music and Jazz Night In America will host a live chat and video stream of a rare performance by Redman, Mehldau, McBride and Blade—made during their two-night stand last fall at the Falcon in Marlboro, NY. Before their set begins, the musicians will join WBGO and NPR Music’s Nate Chinen to discuss the gig and RoundAgain, which they recorded immediately after they played the Falcon. Fans can say hello, ask questions, or simply enjoy the show. Beginning Saturday, July 25, the video will be archived on the Jazz Night In America YouTube channel here. Jazz Night is a collaborative initiative from NPR Music, WBGO in Newark, NJ, and Jazz at Lincoln Center.

Redman says of his first group as a bandleader, which was together for approximately a year and a half: “I realized almost immediately that this band wouldn’t stay together for very long. They were without a doubt, for our generation, among the most accomplished and innovative on their respective instruments. They were already all in such high demand—everyone wanted to play with them! And they all had such strong and charismatic musical personalities—destined to start soon pursuing their own independent visions. I knew better than anyone else just how incredibly lucky I was to have even that short time with them.”

In the intervening decades, each has played with one or more of the others on various occasions, but all four had never properly reunited. “I knew it would happen, but I didn’t know when,” Redman admits. “We were all so busy, and we needed the space, both in our schedules and in our creative development.”

“We would have done it ten years ago if it were up to me,” Mehldau insists. “Josh, Christian, and Brian are all my heroes. It’s like playing with The Avengers.”

Blade adds, “This band is like a turntable where the stylus was lifted but the turntable is still spinning. We just had to drop the needle, and there we were with all of the information we had gathered. It has gotten deeper because of life itself, and because Joshua, Brad, and Christian plumb the depths every day.”

“These guys have grown exponentially,” says McBride, who has his own album coming on Mack Avenue Records later this summer. “They are super-monsters now, and playing with them gave me a hard look at myself. And when you’re intimate creating art, even if you don’t play together for twenty years, you only need two bars to realize what the feeling is about, because the feeling never leaves.”