Josh Maxey's Cycles Of Sound: A Series Of 6 Albums In 12 Months 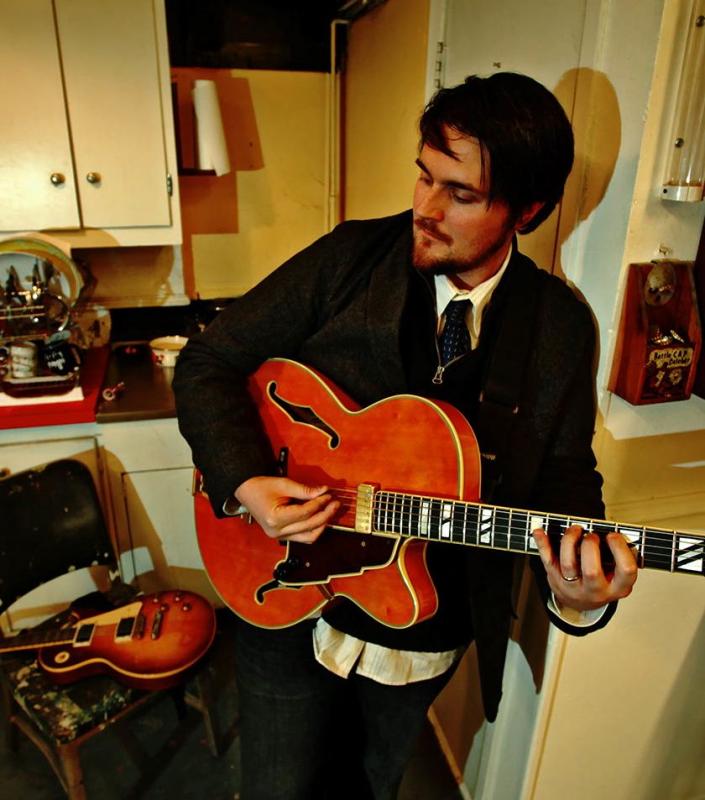 slideshow
Cycles of Sound by Josh Maxey will be released on January 31st, 2013. It is the sixth album in a series of 6 recordings in 12 months.

The album is a set of live music featuring songs from the previous five albums in the series. There are nine tracks, eight original songs plus Robert Johnson's Hellhound On My Trail. The band is Josh Maxey, Chase Baird, Jeremy Noller, David Nicholson, David Lantz and John Tate.

The series of recordings ran from 2011 into 2012. Incarnate, Approach, The Language of Sound and Spirit, Argument for the Blues, Light Cycles and Blues in the Kitchen have already been released.

I've made the series of albums with the support of loved ones, friends and great musicians. It's been a series made on a pizza budget. I'm a musician and guitar teacher living and working in NYC since 1998.

In spring of 2011, I decided to begin getting it all out there. I decided not to wait for a better or easier time. I knew I had a lot of music that I loved and it was time to record and release every bit of it possible.

We have tracked 9 different albums since April of 2011. The next release in March will be The Brooklyn Series. It's a CD compilation of songs from the series and a few unreleased pieces. There will be an accompanying Thumb Drive Box Set of every album in the series with the CD.

We have one more suite of music already tracked for a summer release featuring 4 duo pieces with guitar and Brian Charette on piano and three quartet songs adding Jeremy Noller and John Tate.

I am currently writing the music for album number ten to close out this series. We're posting up a crowd funding campaign to coincide with the release of Cycles of Sound.

Hear every song in the series and pay what you want for the downloads on my site and bandcamp.