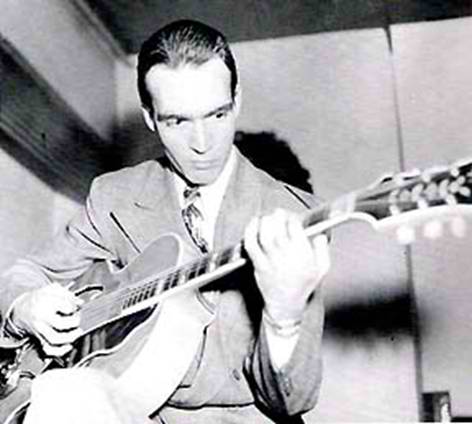 slideshow
Johnny Smith, a jazz guitarist who was considered one of the emerging greats of his generation when he left the limelight in 1958 to move to Colorado, open a record store and become a full-time parent, died on June 11 at his home in Colorado Springs. He was 90.

Mr. Smith was revered by guitarists for his pure tone and flawless technique, which gave his most complex improvisations an effortless, almost weightless quality. His dreamy rendition of “Moonlight in Vermont,” recorded in 1952 with a group that included Stan Getz on tenor saxophone, was one of the best-selling jazz records of all time.

But it was another song, the gentle, fugue-like “Walk, Don’t Run,” which he wrote in 1954, that became Mr. Smith’s biggest hit. While his own recording of the piece received little attention, the Ventures had a Top 10 hit with their instrumental rock ’n’ roll version of it in 1960, and again in 1964 with the updated “Walk Don’t Run ’64.”

The Ventures’ stripped-down, hard-driving interpretation was a far cry from Mr. Smith’s concept. (A more faithful version was recorded in 1957 by his friend and fellow guitarist Chet Atkins, whose recording inspired the Ventures’ effort.) But Mr. Smith didn’t mind. The royalties he received from the Ventures’ cover — and from covers of the song by others, including Herb Alpert and the Tijuana Brass — enabled him to quit the punishing jazz life.