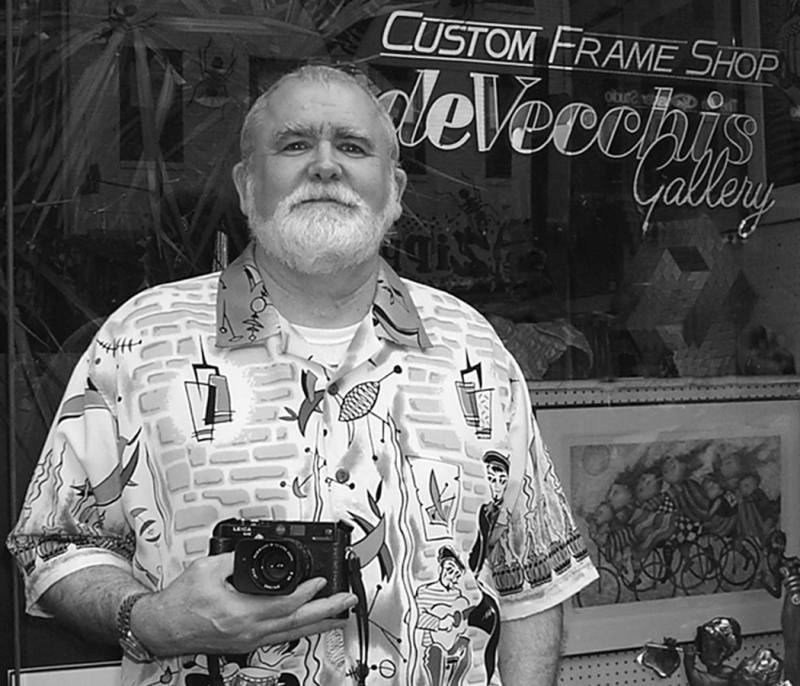 Bunky deVecchis would go into a dimly lit nightclub with a camera without a flash and capture jazz musicians in full cry in whatever light was available.

He didn't like flash photography, and his subjects were appreciative. Nothing like working to nurse notes out of your instrument with a flash going off in your face.

Ambient light worked just fine for Bunky, and many of his images of jazz musicians, most of them caught performing at Philadelphia venues, have been widely exhibited and cherished by fans who hang them in their homes and offices.

John T. “Bunky" deVecchis Jr., who, with his wife, Rita, operated the Custom Frame Shop and Gallery on South Street for more than 25 years, an Army veteran and an athlete who pursued his passion for racquetball into his 50s, died April 22 of progressive supranuclear palsy, a rare brain disease. He was 78 and lived in Queen Village.

In 2003, former Daily News writer Al Hunter Jr. wrote about Bunky's jazz photos on the walls of Jim's Steaks, just a few doors from the frame shop. The restaurant had a permanent exhibit called “Jim's Steaks Salutes Philadelphia Jazz Greats," and Bunky's photos were prominent among them.

His work also was exhibited at Chris' Jazz Cafe, the Clef Club, Ortlieb's Jazzhaus and other venues.

“I've been a jazz fiend since the '60s, listening to singers such as Chris Connor and June Christy," Bunky told Hunter.

Bunky had been shooting since 1980, having caught the photography bug from his wife, the former Rita Mae Gaudet, a former administrator at the old Franklin Mint who studied photography abroad and lectured on the subject at the University of Pennsylvania.

He and his wife built a darkroom in their home where Bunky spent hours developing film and making silver gelatin prints, which he then selenium-toned.