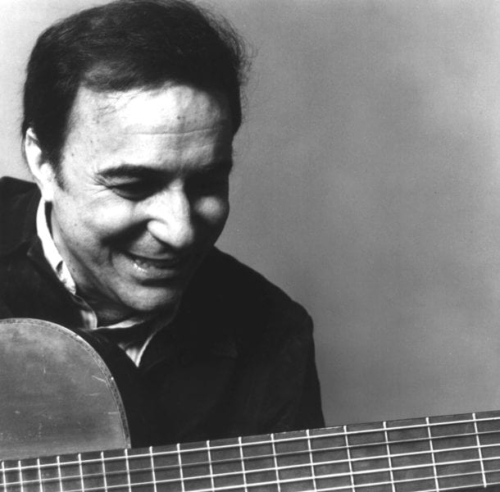 The bossa nova had been played in Rio de Janeiro, Brazil, since 1957, when Antonio Carlo Jobim, Carlo Lyra, Sylvia Telles, Johnny Alf, Roberto Menescal and Luiz Bonfá played hotel lounges and small clubs. According to my interview with Carlos Lyra, this tight group of bossa nova composer-musicians influenced each other. But it wasn't until Gilberto's album Chega de Saudade in 1959 that the new breezy form, inspired by the relaxed, melodic approach of Chet Baker and delicate nature of Brazilian folk music, became a global sensation. The movement also was helped by the mid-1959 release in France of Black Orpheus, which was filmed in Brazil and included the music of Jobim and Bonfá.

Gilberto was as reserved and as sensitive as his music. He first performed in the U.S. in 1962 at Carnegie Hall and began recording for Verve producer Creed Taylor in 1963 on the seminal Getz/Gilberto album. For the recording, Creed wanted an English-language version of two songs for a single. Gilberto's then wife, Astrud, recorded the English vocal for Girl From Ipanema and Corcovado. The songs and album became runaway hits. Despite the album title, none of the songs were by Gilberto. Most were by Jobim. But Gilberto sang the Portuguese vocals and, in the parlance of the music business, sold them.

I remember buying tickets to see Gilberto perform in Boston in 2004. At the last minute, the concert was cancelled because he failed to show up. When I saw him perform at Carnegie Hall later that year, he was late and then spent far too many minutes fussing over the monitor speakers. Gilberto was rumored to be agoraphobic—a prisoner of panic attacks that surfaced whenever he left the house or hotel rooms and was out in the open. He had to be lured out of his hotel room in 1963 by Monica Getz, Stan Getz's wife at the time, to record Getz/Gilberto.

The beauty of Gilberto's voice as well as his right thumb, which delivered rhythm and melody on the downstroke and harmony on the upstroke, remain magnificent. Here are a handful of my favorite clips...

Here's Gilberto in 1960 playing Um Abraço No Bonfá, a tribute to Luiz Bonfá that Gilberto crafted by taking one of Bonfá's riffs and building on it...

Here's Gilberto singing and playing Jobim and de Moraes's Só Danço Samba in 1963 with Jobim on piano, Getz on tenor saxophone, Sebastião Neto on bass and Milton Banana on drums from Getz/Gilberto...

Here's Gilberto (green shirt) with Bonfá (mustache) and Jobim (shirtless) serenading women on the beach in Rio in the 1962 Italian comedy, Copacabana Palace...

Here's Gilberto and Jobim reunited in 1992 to sing Girl From Ipanema...

And here's a precious Corcovado with Dinah Shore in 1965...