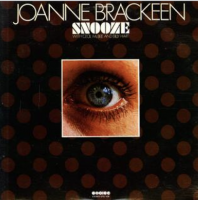 slideshow
JoAnne Brackeen is a jazz pianist with thunderous talent. She's an original who soars as a soloist, in duets, in trios, quartets and beyond. Her hands hit the keyboard with enormous power and her churning style mixes abstraction, bop and hard bop, turning standards inside out and setting her own originals on fire. I love her playing. It's daring, fierce and doesn't take prisoners. She's all in and always finds her way out.

Born in Ventura, Calif. in 1938, Brackeen was a child prodigy who admired the balance and order of pop music until she heard jazz at the dawn of the 1950s. She performed in Los Angeles in the '50s with saxophonists Dexter Gordon, Teddy Edwards, and Charles Brackeen, whom she married. The couple moved to New York in 1965. She began her recording career by playing with vibraphonist Freddie McCoy from 1965 to 1968.

Her first solo album was Snooze in 1975 for the Choice label. Then she went on to have an extraordinary career as a leader, recording more than 20 albums under her own name and sidemen that included Joe Henderson, Eddie Gomez and Jack DeJohnette. She also recorded on albums by quite a few leading artists, including Stan Getz, Freddie Hubbard and Joe Henderson.

Between her last album with McCoy and Snooze, she was hired in 1969 to tour with Art Blakey and the Jazz Messengers, recording just one album—Jazz Messengers '70. If Blakey ever had a partner on par with his percussive intensity, it was Brackeen on piano. Recorded in Tokyo in February 1970 for JVC, the Messengers album featured Bill Hardman (tp), Carlos Garnett (ts), Joanne Brackeen (p), Jan Arnet (b) amd Art Blakey (d). The tracks were Moanin', Blues March, Whisper Not, It's Only a Paper Moon, Garnett's What the World Needs Now, Hardman's Politely and A Night in Tunisia.

Brackeen is miraculous on this album. Blakey and Brackeen power the rest of the band with extraordinary muscular playing. The way Brackeen and Blakey feed off of each other is marvelous. I'll even go as far as to say that this is arguably the finest studio recording by any Jazz Messengers lineup. That's why this album is a perfect introduction to Brackeen if you're not familiar with her. Then I suggest you move forward with her leadership discography. It's hair-raising.

Which brings us to the inevitable question: Why isn't Brackeen better known? The decline of pure jazz recording in the 1970s certainly had something to do with her not being as visible. By the 1980s, Brackeen's form of jazz was more exotic and less likely to be promoted. Sexism also probably played a role. And certainly raising four children would have made touring difficult.

More to the point now, Brackeen's recordings are available and exploring her music has never been easier. When you do, trust me, you're in for quite an exciting adventure.

JazzWax clips: Here's What the World Needs Now Is Peace and Love...

Here's Brackeen in 1986 and a mind-blowing solo performance of Bewitched, Bothered and Bewildered...

And here's Brackeen in 2018, the year she became an NEA Jazz Master...