...witness the Martha Graham of jazz reinventing the genre. It was one of the most exciting, odd, life-affirming, and eye-catching shows ever, indeed, it was exactly what cabaret should be.
—Stephen Mosher, BroadwayWorld, NY 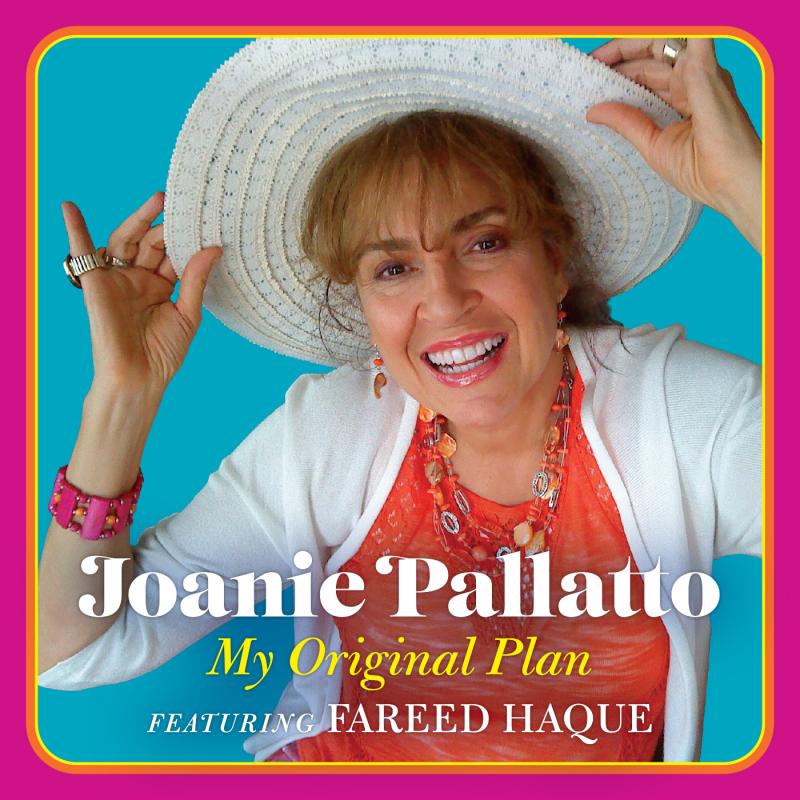 Joanie Pallatto's songs are like a modern radio, which create musical visions of various genres for the audiences to relish in...

Described by Rick Kogan of the Chicago Tribune as having “a stirring and special voice,” singer/songwriter Joanie Pallatto has a history of 42 years as one of Chicago's leading studio voices, an independent artist with 14 albums as a leader/co-leader, and the Southport Records co-chair, along with her husband and partner Bradley Parker-Sparrow responsible for 100's of recordings of otherwise little-documented local musical artists.

What the Critics are Saying

“The veteran jazz singer-songwriter teams with guitarist Fareed Haque for a seamless set of original tunes that cover a dizzying stylistic range, from samba and swing to pop and torch." Top 5. —Robert Rodi, New City, Chicago

“With an infectious, downright girlish enthusiasm that’s especially admirable in someone who was raised in “the biz” (her mother was a cabaret singer and dancer, her father a fiddler) and has been immersed in it in her own right since the late '70s. Her voice is light without being ethereal, her phrasing inventive but not radical–she’s a versatile, intelligent, girl-next-door sort of jazz singer." —Monica Kendrick, Chicago Reader

“...witness the Martha Graham of jazz reinventing the genre. It was one of the most exciting, odd, life-affirming, and eye-catching shows ever, indeed, it was exactly what cabaret should be." —Stephen Mosher, BroadwayWorld, NY

“Joanie Pallatto Brought a Tasty Slice of Chicago to the Big Apple. She lives her writing; they are a part of her fabric. It’s an artistic serving that deserves a return from the Windy City. New York awaits." —Marilyn Lester, NiteLife Exchange, NY

“It’s a rare thing these days to be able to locate and actually take time out to listen to an album of this depth and grace. Reconciling essential, long-standing attributes of Twentieth Century pop and jazz, Joanie Pallatto charms her music into the future with My Original Plan." ***** —Robert Silverstein, Roots Music Report

Come and join US for an exciting show.. filled with comedy....dramatics.. and music, music, music.