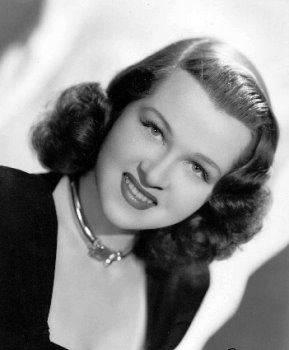 slideshow
Jo Stafford, a singer who was a favorite of GIs during World War II and whose recordings made the pop music charts dozens of times in the 1950s, died Sunday of congestive heart failure at her home in Century City. She was 90.

According to her son, Tim Weston, she had been in ill health since October and had been hospitalized several times since 2002.

Stafford had a long career but enjoyed most of her success from the late 1930s to the early '60s. Her skills were apparent from the beginning, when she sang as a teenager in a vocal trio with her two older sisters, Pauline and Christine.

“Mom graduated from high school on a Friday and was doing soundtracks at RKO on Monday," her son said.

Qualities that were present at that time became the foundation of her vocal style: her impressive technical skills, flawless intonation and cool but expressive tone. Whether Stafford was singing romantic numbers such as “You Belong To Me" -- a No. 1 hit in 1952...