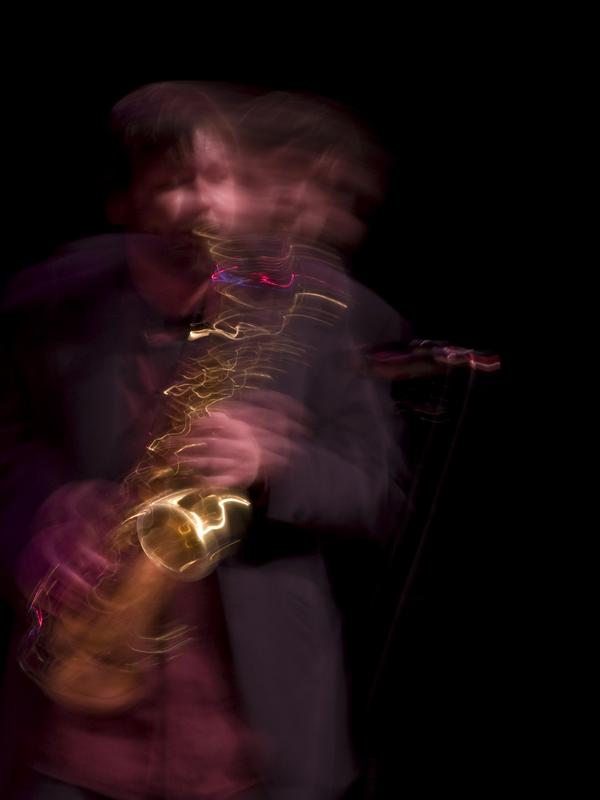 slideshow
Relative Pitch Records couldn't be a prouder papa at the birth of its brand new release, As the Crow Flies from Aych, a trio dedicated to the potential for 'porch music' and the role of the letter 'H' in a surname.

Thus we have a subtle, wry and sly convergence of guitarist Mary Halvorson and cornetist Taylor Ho Bynum with the irrepressible alto saxophonist Jim Hobbs for deepest delvings into the potentials of porch music the world has yet seen.

Porch music is an idiom of summer amid the impositions of humid heat, sultry bug buzzes and sporadic stochastics of metal racket born of lifeless moving things in teeming urban night streets.

Relative Pitch already has two outstanding releases under its belt beginning with “Take Your Time", a Vinny Golia and Bobby Bradford collaboration that includes Ken Filiano and Alex Cline.

This was more recently augmented by “That Overt Desire of Object", a duet disc pairing of Joëlle Léandre with Phillip Greenlief.

As a follow up to these two outstanding west coast documents, Relative Pitch opted to make an east coast complement involving several old friends. It is strikingly serene and confident.

“Hobbs' music is humble, human, approachable and at the same time a frighteningly deep exposition of musical concepts. Then there's the staggering showcase of contemporary instrumental technique. Babe Ruth comes to mind: Hobbs swings hard and hits home runs. The integration of those two otherwise antagonistic qualities is a rare thing in music.

The juxtaposition of “compositions" (in the widely understood use of the term) like As The Crow Flies, with its familiar harmonies set against the so-called “free improvisation" of Forest of the Dead King, with it's investigations of sounds possibilities made me think of Copeland's Rodeo without the hokum. Therein lies the test of the trio&#151can it make the listener forget about the symphony?

Sure, Hobbs, Halvorson and Bynum are all achievers, as is evident on this recording. They also share a history. They share some modicum of common social conditions. They have performed and recorded together on Bynum's (fantastic) Apparent Distances. They have each played with the same musicians in other contexts. Their network is strong and their language is familiar, intimate."