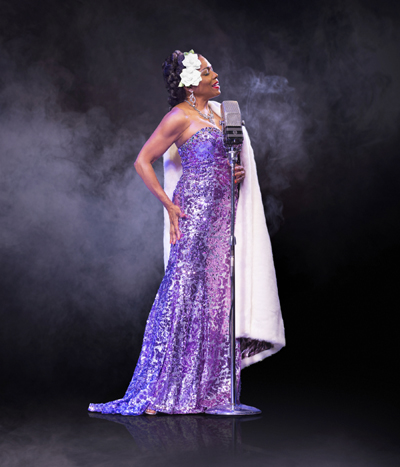 NEWARK, NJ: Jessye Norman is known the world over as one of the most celebrated opera singers of all time, but that doesn’t stop her from being a devoted jazz fan. Ms. Norman will participate in the ultimate jazz lover’s experience when she hosts an hour of her favorite music on Mid-Day Jazz with Announcer Rhonda Hamilton on WBGO Jazz 88.3 FM/wbgo.org on Tuesday, September 10, from noon – 1:00 pm.

Ms. Norman is no stranger to singing jazz; however, it is her love for the music and her friendship with jazz singer and Host of WBGO’s JazzSet, Dee Dee Bridgewater, which further fueled the recitalist’s ongoing support of the nation’s leading public jazz radio station. Two weeks after her Host An Hour set, Ms. Norman will serve as Honorary Chair and Hostess of the special performance of Lady Day, starring Ms. Bridgewater as Billie Holiday, on Tuesday, September 24, at 7:00 pm at the Little Shubert Theatre in New York City. The special event benefits WBGO and The Actors Fund. For information and www.WBGO.org/LadyDay.

“We are thrilled that Ms. Norman will host an hour of her favorite music on WBGO with one of our leading ladies of jazz, Rhonda Hamilton, ” said Amy Niles, Acting President and CEO of WBGO. “When Ms. Norman shared her touching story of walking through the corridors of Carnegie Hall and getting goose bumps at seeing the posters of Ella Fitzgerald and other jazz greats who have performed there, I invited her to be a guest host. It is a perfect opportunity to share her love for the music, and to support not only her friend Dee Dee, but also WBGO and The Actors Fund.”

Ms. Norman, released the CD I Was Born in Love with You (Philips, 2000), showcasing the music of Michel Legrand with Legrand on piano, Ron Carter on bass and Grady Tate on drums, and also was featured at the Apollo Theater this past March in a multi-media production based on Langston Hughes’ Ask Your Mama: 12 Moods for Jazz with music by Laura Karpman. In 2009, Ms. Norman curated and directed Honor! A Celebration of the African American Cultural Legacy, a month-long festival for Carnegie Hall, which included 52 events all over the City including an evening of African- and Latin-influenced jazz featuring Dee Dee Bridgewater at Carnegie Hall’s Zankel Auditorium.

That same year saw her on tour in Europe with a totally new presentation: ROOTS: MY LIFE, MY SONG, with the CD released later that year. Here, she explores a wide range of musical genres from the Spiritual, to old church hymns to her renditions of the music of Thelonious Monk and Duke Ellington. Miss Norman sees it a duty to offer music outside of the traditional classical canon to all who are willing to take this often surprising journey with her.

She has received many distinctions for her four decades of music-making around the world including multiple Grammy® Awards, the Kennedy Center Honors, the National Medal of the Arts and forty-three honorary doctorates, including from her Almae Matres, Howard University and the University of Michigan.

Tune in to Mid-Day Jazz with Rhonda Hamilton weekdays from 10:00 am – 2:00 pm, with special guest host Jessye Norman on Tuesday, September 10, at noon.

Founded in 1979, Newark Public Radio, Inc. is a publicly supported cultural institution that champions jazz at WBGO 88.3 FM in Newark, New Jersey and worldwide via wbgo.org. WBGO is the recognized world leader in jazz radio and one of the most respected jazz presenters in the country, and offers award-winning news and innovative children’s programs. Beyond reaching 450, 000 weekly listeners (including 17, 000 contributing members) on air, online and via mobile devices, WBGO presents live broadcasts from prestigious jazz venues and produces acclaimed programs for NPR heard by millions.