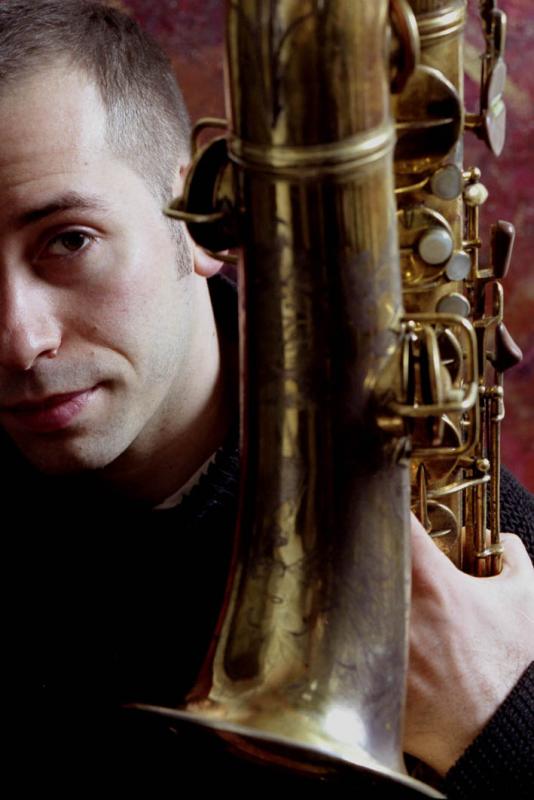 Saxophonist and composer Jerome Sabbagh was born in Paris, France and moved to the States at the age of 20. After attending Berklee College of Music in Boston on scholarship for two years and studying with, among others, George Garzone, Bill Pierce, Dave Liebman and the legendary Joe Viola, he moved to New York in 1995. There he formed the collective Flipside with guitarist Greg Tuohey, bassist Matt Penman and drummer Darren Beckett. They were together for five years and recorded an eponymous album for Naxos Jazz. Since then, Jerome Sabbagh has been writing music and leading his own bands as part of the vibrant young jazz scene in New York.

Jerome Sabbagh's new album is a trio recording of standards with bassist Ben Street and drummer Rodney Green called One Two Three. It is available on Bee Jazz.

The Jerome Sabbagh Quartet, with guitarist Ben Monder, bassist Joe Martin and drummer Ted Poor, a band which focuses on Jerome's compositions, is still going. Their second album, Pogo is available on Sunnyside in the USA and on Bee Jazz in Europe. Their debut album North (Fresh Sound New Talent) was elected best CD of 2005 by the readers of Jazzman in France and included in the top 10 jazz albums of 2005 by the Ottawa Citizen.

As a sideman, Jerome has been involved with pianist Laurent Coq's quartet with bassist Brandon Owens and drummer Damion Reid (Like A Tree In The City, Sunnyside), Guillermo Klein's Los Guachos and Pablo Ablanedo's octet, a band with which he recorded two albums for Fresh Sound New Talent, Alegria and From Down There. He has also played in bands led by Jean-Michel Pilc and Magali Souriau.