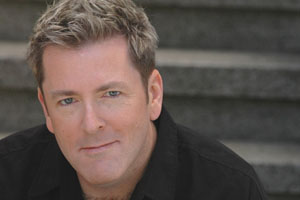 There used to be a time when pop music was jazz, when the hippest singers were also the most popular, and when the elastic swing of jazz propelled feet as well as toes. But with the dominance of hip-hop, the fragmentation of the music audience, and the current distance of real jazz from the cultural center, it's easy to see why the Great American Songbook has been declared dead, if not at least on life support. Russ Lorenson disagrees, and has a show full of “new standards" to prove his point that well-written songs with meaningful lyrics are still being written today, just waiting to be interpreted by thoughtful, jazz-inspired vocalists. With Bay Area jazz favorites Kelly Park on piano and Terrence Brewer on guitar, “Standard Time" explores the Great American Songbook of the New Millennium, featuring songs written within the last 20 years by composers such as Harry Connick, Jr., John Pizzarelli, Michael Feinstein, Kelly Park, Ray Jessel, Andrew Lippa, Peter Cincotti - and even Russ Lorenson himself!

Russ Lorenson has established a reputation as one of the San Francisco Bay Area's leading interpreters of jazz standards, with a sound and approach that place him at the intersection of Broadway, jazz, and pop – the very essence of the Great American Songbook. Jazz Review says that “Lorenson is not just a crooner covering the traditional Sinatra style or trying to be the next Connick; he is his own man."

Nominated for a 2007 MAC Award by the Manhattan Association of Cabarets and Clubs, Russ Lorenson's passion for the stage started as a youngster, with a performing career that began at age seven in his home town of Philadelphia. As an actor he has appeared in award-winning musical productions with theatre companies throughout the US, and has toured with the National Theatre for Children. As a vocalist he has toured the US, UK and Europe, appearing in concert with such luminaries as Broadway stars Karen Mason (Hairspray, Mamma Mia, Sunset Boulevard) and Dale Kristien (Phantom of the Opera), “Queen of Cabaret" Andrea Marcovicci, jazz diva Wesla Whitfield, and as the opening act for the legendary Eartha Kitt.

Lorenson is best known for his critically-acclaimed tribute to an American music icon in his show, “Benedetto/Blessed: Celebrating the Life and Music of Tony Bennett." Lorenson's salute to the man whom Frank Sinatra called “the best singer in the business" premiered in 2006 as the opening act for the legendary Eartha Kitt. Since then, the show has enjoyed sold-out runs across the country, including San Francisco's Empire Plush Room, Sterling's Upstairs in Los Angeles, Milwaukee's Wilson Center for the Arts, and New York's famed Iridium Jazz Club. Lorenson's previous nightclub show, “A Little Travelin' Music, “ played to sold-out audiences on both coasts. His debut CD, of the same name, was released in May 2006 on the LML Music label and features songs from the show and includes duets with special guests Shawn Ryan and Klea Blackhurst. His second CD, “What I Want For Christmas, “ was also released on LML Music in 2006, and has received extensive radio airplay in major markets across the US. Both CD's were included in the initial Nominating Ballot for the 2006 Grammy Awards.