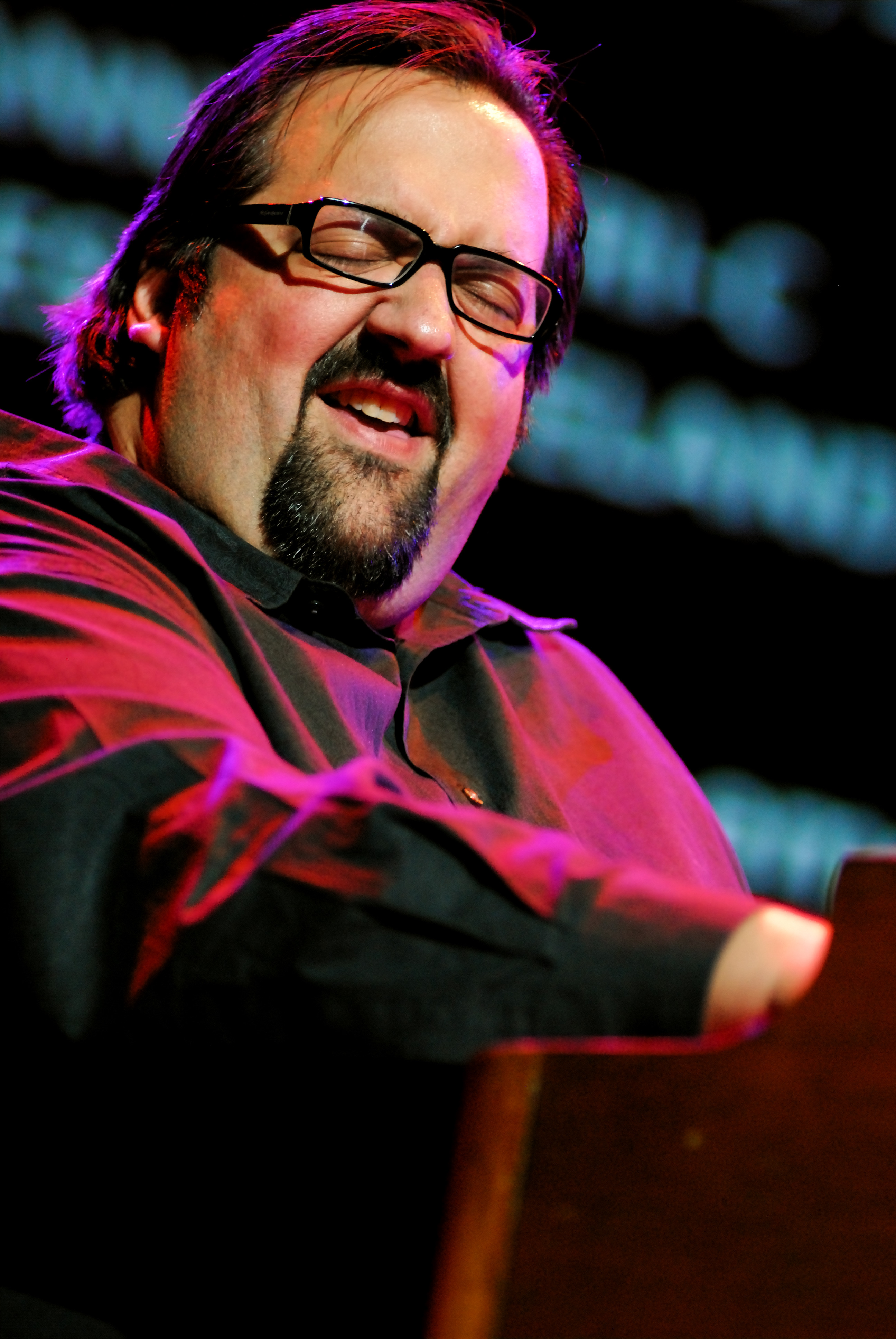 slideshow
This week's lineup of jazz and creative music performances in St. Louis is headed by organist Joey DeFrancesco (pictured), who this evening will open a four-night gig continuing through Saturday at Jazz at the Bistro. DeFrancesco, considered by many to be the reigning champ of the blues-drenched jazz organ style pioneered by the late Jimmy Smith, has played in St. Louis numerous times in recent years, and thus likely needs no further introduction to most local jazz fans.

That said, if you're interested in finding out more about Joey D., and seeing some recent video samples demonstrating his always-impressive skills on the B-3, check out this video showcase post from a couple of Saturdays ago.

Tomorrow night, Washington University's Jazz at Holmes series had been scheduled to present a program called “Freedom Jazz Dance" with dancer and choreographer Ashley Tate and the St. Louis Creative Artists Jazz Ensemble. According to an email sent out on Tuesday, that event has been canceled, but there will be a free concert at the usual time featuring a “surprise" artist TBA.

On Friday, saxophonist Dan Thomas, who co-leads the jazz program at the University of Missouri-Kansas City, will present a free concert and clinic at Saxquest. Also on Friday, guitarist Tom Byrne will lead a trio with bassist Chris Watrous and drummer Fred Spencer at Cigar Inn; and singer Brad Carlson will front a quartet at Robbie's House of Jazz

On Saturday evening, pianist Harry Miller, who grew up in University City but now lives in New York, will be returning home for his first-ever headlining gig here at Robbie's. Among his many other credits, Miller spent a couple of years on the road with Maynard Ferguson as keyboardist for the trumpeter's band Big Bop Nouveau. For this date, he'll be backed by the highly capable local rhythm team of bassist Darrell Mixon and drummer Gary Sykes.

Also Saturday, guitarist Dave Black will play an early evening solo set at the Schlafly St. Louis Brewery and Tap Room downtown. Later that night, a new cabaret performance called “Women Under the Influence," produced by singer Robert Breig's Mariposa Artists, will be presented in the showroom at Joe Buck's Restaurant, 10th and Clark downtown. The ensemble show offers a cabaret-style take on songs from the girl-group era of the 1960s up to the present day, and reunites pianist and singer Carol Schmidt and singer/multi-instrumentalist Michele Isam - who had a long, successful run working together in the pop/folk/jazz duo Jasmine - along with singers Katie McGrath and Debbie Schuster.

On Sunday, drummer Montez Coleman's group will play a free concert for the St. Louis Jazz and Blues Vespers series at Second Baptist Church. Also on Sunday, singer Erika Johnson has taken on an organizing role in the weekly jam session at Blank Space, the new name for the performance space/gallery that to be known as Cranky Yellow, at 2847 Cherokee. Johnson is touting the event as a combination of “Hit Session-Cutting Contest-Networking," and cautions that it's NOT a jam for those seeking “to get your feet wet."

Looking beyond the weekend, on Monday drummer Joe Pastor's trio will play at BB's Jazz Blues & Soups. Then on Tuesday, the Genesis Jazz Project will perform at Midwest Music Conservatory, 15977 Clayton Rd in Ballwin. Admission to the concert is free when you bring one canned good for Circle of Concern.