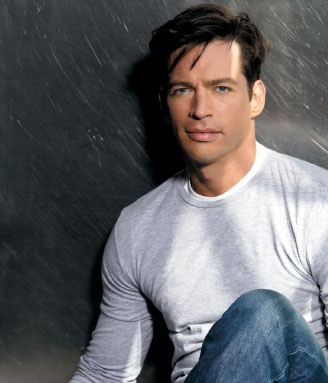 slideshow
It's looking like a good week to get out and hear some live jazz and creative music in St. Louis, particularly for fans of vocalists.

With three headliners performing for the St. Louis Cabaret Festival, plus the opening of a locally produced show paying tribute to a legendary singer, plus the much-anticipated return of one of today's most popular crossover performers, and more, there are plenty of options from which to choose. Let's go to the highlights....

Marilyn Maye, considered by many to be the grande dame of cabaret singers, begins the concert portion of the St. Louis Cabaret Festival with a performance of her show “Sinatra Her Way" at the Sheldon Concert Hall.

Produced by Cabaret Project of St. Louis, the festival is the performance portion of their annual St. Louis Cabaret Conference, and continues through Saturday night. You can find out more and see videos of Maye and the festival's other headliners in this post from last Saturday.

The St. Louis Cabaret Festival continues with a performance by singer, songwriter and pianist Jason Robert Brown at the Sheldon, while a couple of blocks away at Jazz at the Bistro, Jazz St. Louis will be presenting “Swingin’ for the Fences: Big Bands & Baseball," the first in a series of three free events over the next two weeks highlighting the connections between jazz and baseball.

Also in the Grand Center district, the tribute show “Sinatra at 100" with singer Joe Scalzitti and the St. Louis Big Band begins a three-week run at the Kranzberg Arts Center.

Elsewhere around town, the Wire Pilots will play a free concert for the Jazz at Holmes summer series at Washington University; Franglais returns to Howard's in Soulard; and singer Erin Bode will perform in a free outdoor concert at  Kirkwood Station Plaza in downtown Kirkwood.

It's an East St. Louis reunion in Grand Center, as trumpeter Russell Gunn comes back from his current home in Atlanta to join drummer and fellow Lincoln HS alum Montez Coleman and his group for a weekend of shows at Jazz at the Bistro.

While Gunn's recent album Electric Butterfly showed a heavy rock influence, with songs built on distorted, riffing guitars, the musical menu for this weekend's collaboration with Coleman remains undisclosed, as Jazz St. Louis' promo for the show has been light on specifics. But regardless of whether they're playing Gunn's funk and rock-oriented material, swinging jazz, or a mix, the gig definitely should be worth hearing.

Also on Friday, the Cabaret Festivial continues with a performance by Christine Ebersole at the Sheldon Concert Hall, and pianist Carolbeth True, her band Two Times True and singer Christi John Bye will play a concert at St. Peter's United Church of Christ in Ferguson.

Elsewhere around town, singer Joe Mancuso leads a quartet at Nathalie's; Wack-A-Doo will play swing, hot jazz and Americana at Thurman Grill; and the Original Knights of Swing perform for dancers at the Casa Loma Ballroom

The St. Louis Cabaret Festival wraps up with a showcase for Cabaret Conference participants at the Kranzberg Arts Center; Miss Jubilee plays for dancers at Casa Loma Ballroom; and saxophonist Tim Cunningham will be at Troy's Jazz Gallery.

“Blind" Willie Dineen and the Broadway Collective are back for their regular monthly gig at BB's Jazz, Blues & Soups.

Singer and pianist Harry Connick, Jr.. returns to St. Louis to perform at the Peabody Opera House. The New Orleans native (pictured, lower left), who has enjoyed wide attention the past couple of years as a celebrity judge on TV's American Idol, released his most recent album Every Man Should Know back in 2013.

He last performed here in March 2014 as headliner for Variety's “Dinner With The Stars," also at the Peabody, and though that gig was well-received by all accounts, no doubt fans will be looking forward this time to the full-length version of his touring show.