By
March 23, 2017
Sign in to view read count
This week's calendar of jazz and creative music in St. Louis includes the local debut of a promising young pianist, a festival of student big bands, return appearances from a jazz-influenced singer and a virtuoso electric bassist, and more. Let's go to the highlights...

The NYC-based pianist Emmet Cohen will perform at the Curtain Call Lounge with his trio, which customarily features bassist Russell Hall, of the house band on The Late Show with Stephen Colbert, and drummer Kyle Poole.

Note also that in addition to his free gig Wednesday as part of the Grand Center Jazz Crawl, Cohen and his trio also will perform in a ticketed concert on Thursday night at the Kranzberg Arts Center.

Also on Wednesday, pianist Carolbeth True and Two Times True with saxophonist Larry Johnson will open a two-night engagement at Jazz at the Bistro.

With Washington University students back on campus after spring break, the Jazz at Holmes series will present a free concert featuring pianist Ken Kehner, accompanied by William Lenihan on bass and Montez Coleman on drums.

Also on Friday, the Funky Butt Brass Band will open a two-night gig at Jazz at the Bistro; the Midwest Jazz-tette returns to Evangeline's; and singer and impressionist Dean Christopher brings his “Rat Pack & More" show to the Kinda Blue Club.

Pianist James Matthews plays an early-evening show at the Palomino Lounge, and singer Joe Mancuso, guitarist Dave Black and multi-instrumentalist R. Scott Bryan will team up for a concert at Focal Point.

Miss Jubilee plays for brunch at Evangeline's, and the Folk School of KDHX will present their monthly matinee Traditional Jazz Jam Session.

Then on Sunday evening, singer and guitarist Madeleine Peyroux returns for two shows at the Old Rock House.

Squeezing this date into a brief break in her joint tour with singer Rickie Lee Jones, Peyroux will be accompanied by Steely Dan guitarist Jon Herington and Israeli-born bassist Barak Mori, performing a variety of music from her catalog including songs from her most recent release, 2016's Secular Hymns.

Also on Sunday evening, the Williams Brothers- trumpeter Joshua, saxophonist Jo-e’l, and pianist Jaydon- will perform together for a one-nighter at Jazz at the Bistro.

Dizzy Atmosphere plays Gypsy jazz and swing for diners at The Shaved Duck, and Webster University's student jazz combos will show off what they've learned so far this year in a free concert at Webster's Community Music School.

Bassist Victor Wooten returns for a performance with his trio, featuring the great drummer Dennis Chambers and saxophonist Bob Franceschini, at the Old Rock House.

The bass virtuoso, who made his name as a member of banjo player Bela Fleck's band the Flecktones, has been touring with this lineup since the end of last year, so they should be in fine form by the time they reach St. Louis.

Also on Tuesday, the Washington University Jazz Band, directed by Chris Becker, performs at Jazz at the Bistro; and BB's Jazz, Blues and Soups has a jazz double-header, with percussionist Joe Pastor's Legacy Jazz Ensemble playing in the early evening, followed by saxophonist “Blind" Willie Dineen and the Broadway Collective. 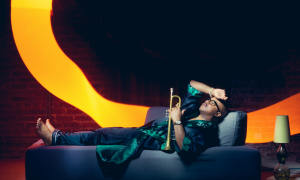