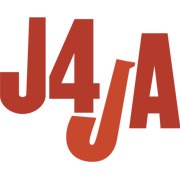 NEW YORK, NY: The top jazz artists in the world live and work in New York City—yet many older jazz musicians are forced to retire in poverty. Even those musicians who play in the most prestigious and profitable jazz clubs are denied basic benefits and pensions. While musicians who play on Broadway and in symphony orchestras are protected by union contracts, jazz musicians are not. The Justice for Jazz Artists campaign seeks to work with clubs to ensure that jazz musicians receive fair pay, modest pension contributions, protection of their recording rights and a reasonable process for addressing grievances.

Though the top jazz clubs in New York City profit greatly from the musicians that bring in their customers, they have refused to work with musicians to address pensions or any other work-related issues. This is despite the fact that in 2007 the Justice for Jazz Artists (J4JA) campaign helped New York City jazz club owners to successfully lobby the State Legislature to waive the sales tax on admission charges, with the express understanding that a portion of this savings would be directed toward a modest pension contribution on behalf of musicians. Since the law's passage, not one club has made any pension fund contributions.

“Several efforts have been made to engage the clubs in being part of the solution, without success," says Ron Carter, Grammy Award-winning jazz bassist. “Now it is time for jazz fans to let the clubs know that exploiting jazz artists is no way to show respect for the men and women who fill their venues and sustain this great American art form."

Today, Justice for Jazz Artists launched a new website that allows site visitors to sign a petition and send emails directly to club owners. The site is accompanied by social media&#151Facebook, Google +, and Twitter.

J4JA also began a major ad campaign that strikes at the heart of the issue. Adjacent to the hands of an elderly jazz pianist are displayed the words: “Older jazz musicians are living in poverty while jazz club owners are getting rich." These ads will appear online and in print in a range of publications covering jazz.