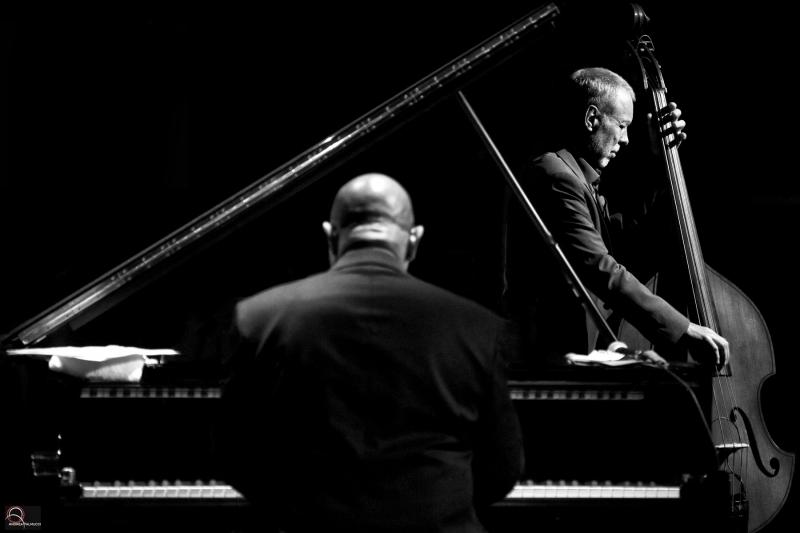 NEW YORK CITY – Neil Tesser, a Chicago-based jazz journalist, broadcaster, author, educator, former chair of the board of trustees of the National Academy of Arts and Sciences (NARAS) and current board member of the Jazz Journalists Association, was honored with the JJA's 2015 Lifetime Achievement in Jazz Journalism Award on Tuesday, June 16 at a cocktail reception at the Blue Note Jazz Club in New York City. Tesser's Award topped 2015 JJA Jazz Awards for excellence in media, winners of which were announced at the party.

Other recipients of 2015 JJA Jazz Awards in media categories included Wall Street Journal contributor Marc Myers for his blog Jazz Wax; Herbie Hancock and Lisa Dickey for their book Herbie Hancock: Possibilities; Ashley Kahn for his liner notes to John Coltrane's Offering: Live at Temple U (Resonance Records); Nate Chinen, columnist for JazzTimes and contributor to the New York Times for excellence in writing; Brandon Bain for the video “#WeCan't Breathe: A Peaceful Protest"; Andrea Palmucci for his photograph of pianist Kenny Barron with bassist Dave Holland, Christian McBride, program host of “Jazz Night In America," a collaboration of WBGO, Jazz at Lincoln Center and National Public Radio, Jazz Times Magazine (best print publication) and All About Jazz (best website). Winners of all 2015 Jazz Awards, including those for musicians in instrumental categories, are posted here.

Howard Mandel, president of the Jazz Journalists Association (a non-profit 501 (c) 3 professional organization), remarked on the event's tri-fold focus: Women in jazz, the music's African roots, and jazz pianists. The JJA's New York City Jazz Hero, bassist and Women Got Chops Fest organizer Kim Clarke, received her award from JJA development director Susan Brink; MCs were freelancer writer and broadcaster Angelika Beener and Linda Yohn, music director of WEMU Ypsilanti MI. Besides Weston—widely credited for connecting jazz to Africa, and the composer of “African Lady," arranged by the late Melba Liston, a recording of which was played during the ceremonies—pianist Jason Moran was on hand to accept his Award as Musician of the Year; pianist Arturo O'Farrill was lauded for his Afro-Latin Jazz Orchestra; pianist Geri Allen observed from a front table, Greg “Organ Monk" Lewis worked the room, and the JJA's Pianist of the Year, Kenny Barron, also took home Awards for Duo of the Year—his partner is bassist Dave Holland—and Record of the Year, Barron and Holland's The Art of Conversation.