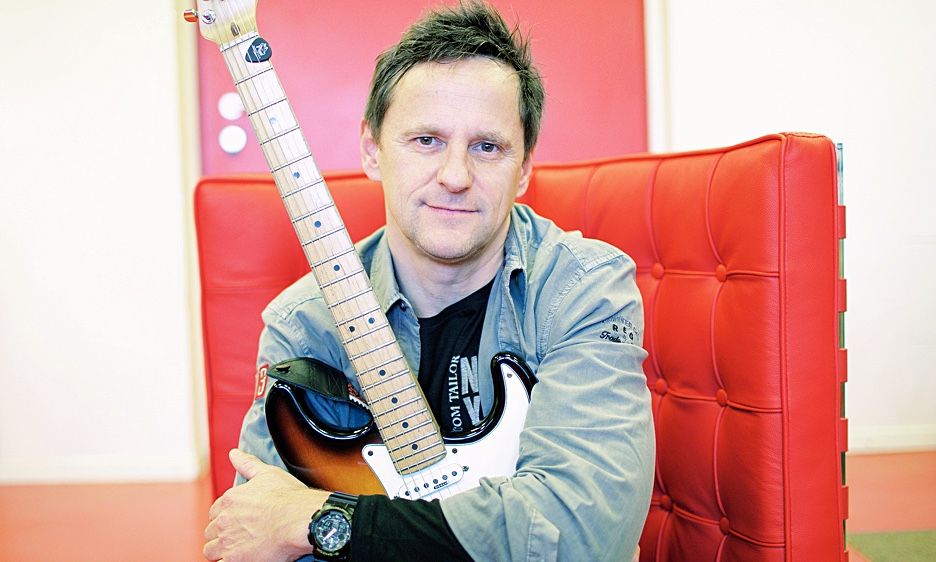 'Episode 6' is a celebration of improvisation set within an exciting and colorful, sonic landscape of imposing compositions. 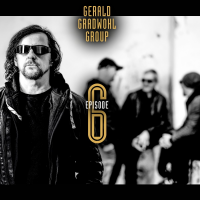 Working at the highest international level of quality has always been a fundamental characteristic of the Gerald Gradwohl Group. He collaborated with Bob Berg, Gary Willis, Kirk Covington, Adam Nitti amongst others. Rooted in the quartet’s own unique approach to instrumental fusion, their sixth album Episode 6 is a celebration of improvisation set within an exciting and colorful, sonic landscape of imposing compositions. As we have come to know from guitarist and composer Gerald Gradwohl, he continues to work with musicians who, aside from their extraordinary instrumental skills, also bring maturity and creative drive into both concert and recording situations.

Episode 6 is no exception. Gradwohl’s sophisticated and stylistically diverse instrumental compositions conceptualize exciting musical interactions, and his approach not only continues to keep live recordings fresh and challenging but also fosters the intuition and spontaneity of the musicians, all consolidating the band’s highly dynamic sound. Gerald Gradwohl (g), Thomas Kugi (sax), Jojo Lackner (b) und Harald Tanschek (dr) have once again proved themselves to be an exceptional ensemble, unifying dynamic and intimate musicality with artistic intuition and emotional depth.

Says Gerald, “Goal of the album was to capture the live sound of this steadily gigging band. We play live with this line up since years which of course influenced my writing a lot. The sound of the live band was the main inspiration, but I also tried to capture the existing vibes during the lockdown. My plan was to work on an album in 2021, but as the pandemic changed all plans and schedules, I preponed this project and finished the song ideas I already had during April/May… We recorded two days live as a quartet in one room and added a few overdubs later, so the result is as it would sound live. Recording live is one of my main concepts since years as all the records I made are some kind of snapshots. Moreover, I don’t like to make everything perfect- I love the idea that the listener can feel the energy and spirit of playing together as it would be onstage.”

When looking for terms and names to describe the band, the attempt will leave you with a wide spectrum between jazz and fusion music focusing on grooving funk with a strong “Rock ‘N’ Roll Attitude” mixed with Jazz harmony to fierce discharging jazz rock storms. There is no arbitrariness in this wide array of musical styles and influences, as the band selected team players from the international jazz/fusion scene—renders the stringent compositions in a committed and playfully individual manner, putting its high-quality inventive signature to the music and derives its uniqueness and independence from a sure, pro-active and listening interaction of experienced musician personalities. Gradwohl can jump into and out of the stylistic changes like a true chameleon. He has ventured further into exploratory fusion on this effort than on any of his previous efforts. Having the support and backing of the great rhythm section has really made this venture for Gradwohl into tribal funk fusion a viable effort of world class caliber. GG pulls all the stops of his musical skills. “As much composition as necessary and as much improvisation as possible” seems to be the dogma and the point of view of fusion-music of today for this worldwide known and acknowledged composer and performer, living in Wr. Neustadt, Austria. The great variety in composition and playing will not only fascinate Jazz and Fusion lovers- watch out for exciting live gigs!

The album ABQ (2003) featuring Bob Berg, Gary Willis and Kirk Covington was a big step in Gerald’s international career. Several albums and live tours have been the result of his continuous work. 2007 Tritone Barrier is released. On this album Scott Henderson contributes a guest solo on the track “Jeff's Back.” This album is followed by Sally Beth Roe in 2009 which he recorded with his Trio—this is a real guitar trio record! In 2013 Gerald released Big Land featuring Tribal Tech drummer Kirk Covington on drums. RAW (2016) is a critically acclaimed masterpiece of Jazz and Rock music and is the first release with his current band. The band is touring regularly and releases the new album Episode 6 in April 2021!

Says Gerald, “I hope we can present the album live as soon as possible. My main goal is to bring the Quartet to as many festivals as possible, as we really ‘burn’ onstage. My next project is already in the works- I want to prove that it is possible to do a ‘remote’ recording by sending files back and forth and still creating a live atmosphere almost as we would play together in a room. I already did a few tunes with Kirk Covington and Adam Nitti and hope that I can finish this in 2021!”

Here’s what the press has said about Gerald Gradwohl

“A guitarist of extraordinary depth and sensitivity. Gradwohl plays with the same kind of abandon as Scott Henderson, and is able to portray the same gracefulness as Frank Gambale, showing a solid command for his jazz meets rock guitar stylings.” —Jazz.com

“If you want your jazz rock fusion hard hitting and rough, yet well balanced and without the blinding restlessness of shredding, look no further.” —FUSENET

“A highly skilled soloist, Gradwohl’s style combines the hip lines of a jazz player, with the technical proclivities of a shredder.” —The Guitar Channel