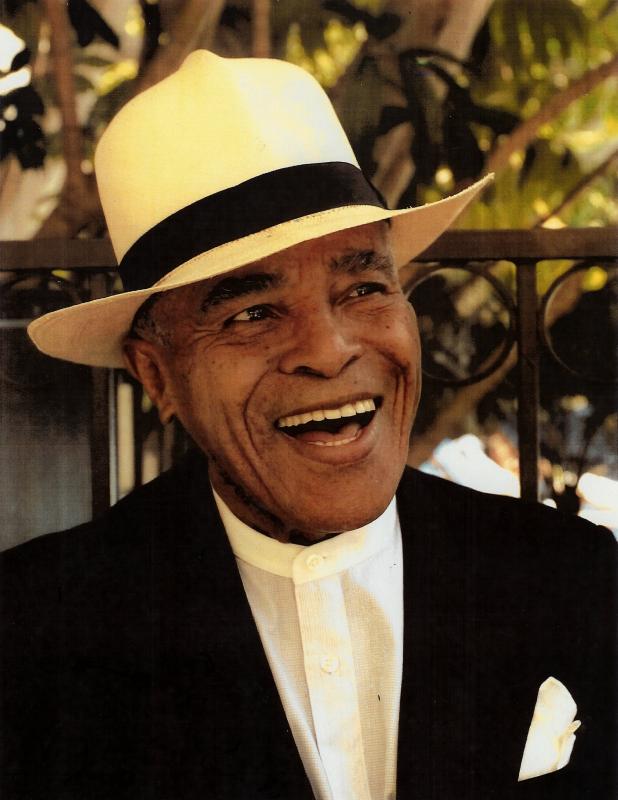 The event takes place Wednesday, October 14, from 7-9pm at the DiMenna Center, 450 West 37th Street in midtown Manhattan and benefits The Jazz Drama Program. Information and tickets are available at thejazzdramaprogram.org.

Founded in 2003, the nonprofit Jazz Drama Program (JDP) helps young people discover jazz, and blues through school outreach programs, teacher training and through its unique socially relevant musicals written especially for young performers. The musicals are offered in schools and community arts organizations throughout the country and around the world. Support for the organization goes towards training 100 young people and 20 teachers from 10 different schools in JDP methods, and releasing a soundtrack recording of Message From Saturn, the space odyssey about the healing power of the blues.

Honoree JON HENDRICKS is an American original and the founder of Lambert, Hendricks & Ross, the number one jazz vocal group in the world for five consecutive years. “The Poet Laureate of Jazz," his lyrics have been sung by virtually every jazz or pop singer of consequence over the past six decades including Peggy Lee, Ella Fitzgerald, Frank Sinatra, Louis Jordan, Mel Tormé, Sarah Vaughan, Van Morrison, Manhattan Transfer, Dusty Springfield, Betty Carter, Barry Manilow and many more.

COBI NARITA is being honored for her work as a jazz producer who has been particularly supportive of singers, tap dancers and women musicians. She was the Executive Director of Collective Black Artists, founded the Universal Jazz Coalition and inaugurated The New York Women's Jazz Festival. “Cobi is the glue for the jazz family. She holds us all together and she's a guiding light for young musicians," bassist Earl May noted. The legendary Duke Ellington was known to greet his close friends with a kiss on each cheek, but when greeting Cobi Narita, he would kiss her cheeks three times in affectionate recognition of the queen of the jazz community. Host RON CLAIBORNE is a veteran television news reporter and anchor for ABC News. He co-anchors the weekend edition of “Good Morning America," and is a correspondent for “World News Tonight with David Muir". Originally from California, Claiborne is based in New York, where he earned his Masters Degree from Columbia University's Graduate School of Journalism. He is a long time jazz fan and supporter of youth empowerment through journalism and the arts.

MARION COWINGS is a bandleader, singer and educator who was mentored by the legendary vocalist Jon Hendricks, and while still in high school was chosen as a vocal soloist with Leonard Bernstein and the New York Philharmonic. He went on to replace Dave Lambert in the ground breaking Lambert, Hendricks and Ross, and co-founded the vocal jazz department at New York University. Cowings is the recipient of the Clio Award and the National Endowment for the Arts Grant. His latest CD Duets is with pianist Kenny Barron.

ELI YAMIN, pianist, composer, co-founder and Artistic Director of The Jazz Drama Program, was raised in the bands of jazz masters Walter Perkins, Illinois Jacquet and Barry Harris. His exciting and imaginative piano playing has taken him and his groups around the world as cultural ambassadors for the U. S. Department of State and has led him to perform and teach at the famed Jazz at Lincoln Center in New York City as well as be invited to do a command performance at President Obama's White House.

Guitarist Tom Dempsey has performed and/or recorded with a virtual “Who's Who" of world renowned jazz musicians including Wynton Marsalis, Paquito D'Rivera, Jim Hall, John Abercrombie, John Scofield, Tal Farlow and Dave Brubeck.He has recorded four CDs as a leader and countless others as a sideman. Dempsey has worked extensively with tap dancing virtuoso Savion Glover. He is a Professor of Music at Laguardia Community College and teaches at Jazz at Lincoln Center.

Camille Thurman, saxophonist, vocalist, and composer is a young musician acquiring an impressive list of accomplishments that extend well beyond her years. Her lush, velvety, rich & warm sound on the tenor saxophone is steeped in the tradition of tenor greats Joe Henderson and Dexter Gordon and her singing reminiscent of her heroes Ella Fitzgerald and Sarah Vaughan earning her the respect of audiences in the U.S., Italy, Peru, Russia, and Switzerland. Camille has performed at the Jazz Mobile in Harlem, The Kennedy Center, Lincoln Center, The Charlie Parker Jazz Festival, and the International Women in Jazz Festival.

Andy Farber is an award-winning jazz composer, arranger and saxophonist. He has worked extensively with Jon Hendricks and Wynton Marsalis. He has arranged pieces for Bob Dylan, B.B. King, Shirley Horn, Stevie Wonder and Ray Charles. Orchestras performing his arrangements include the Boston and Philly Pops. Farber has conducted the Jazz at Lincoln Center Orchestra, the Winnipeg Jazz Orchestra and the Bronx Arts Ensemble. His 17-piece big band, Andy Farber and His Orchestra, regularly perform his original compositions and arrangements. Farber teaches jazz composition and arranging at the Juilliard School in NYC.

The public is invited to attend.