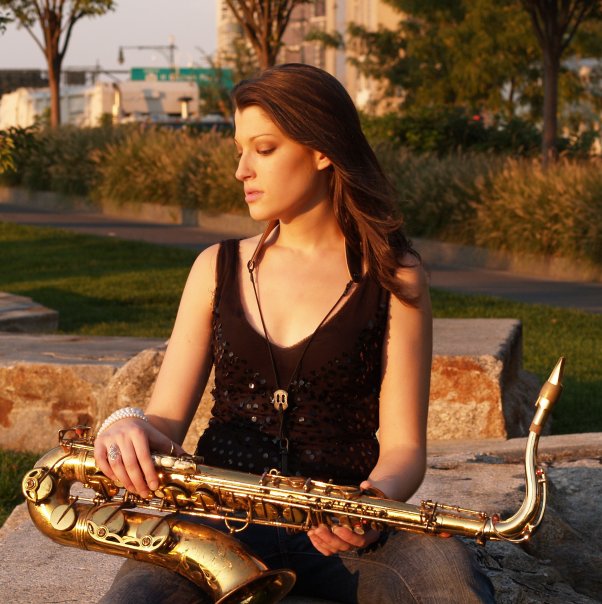 This concert is sponsored by Jazz Bridge, a 501(c)3 nonprofit that assists our local jazz and blues musicians in crisis. We also ask attendees to bring their old cell phones and ink-jet cartridges to the concert as Jazz Bridge is partnering with Planet Green to encourage recycling.

Pittsburgh native Chelsea Baratz is 24 years old and her soulful sound is a fiery combination of be-bop swing and hip hop hooks. Her debut release “In Faith" illuminates the distinctive tenor of an emerging player and original composer, which features producer Maurice Brown and boasts a roster of Corey Wilkes on trumpet & flugelhorn; Orrin Evans & Mike Murray on piano; Richie Goods & Luques Curtis on bass; Obed Calvaire, Jevon Rushton & Joe Blaxx on drums as well as special guests Renee Nuefville (vocals), Chris Rob (vocals/Moog synth), Raymond Angry (keys) and Craig Handy (flute). As a teenager, Baratz became a regular on the Pittsburgh jazz circuit, playing with the likes of legendary hard-bop drummer Roger Humphries, bassist Dwayne Dolphin and trumpet giant Sean Jones. She honed her craft with the guidance from the best of the Iron City's local musicians, as well as a brief interlude with saxophonist Branford Marsalis. Intent on continuing Pittsburgh's jazz legacy, Baratz moved to New York at 19 to attend the New School for Jazz and Contemporary Music on a scholarship. In New York, she met trumpet virtuoso and producer Maurice Brown. Brown was impressed by Baratz's playing and magnetic personality. She joined him in the studio to record “Mobetta & Soul'd U Out: The Official Mixtape" (Brown Records), Brown's stellar 2007 release. 2007 was a busy year for Chelsea: she played on Aretha Franklin's album, “Jewels in the Crown" and performed at the Sisters in Jazz collegiate all-stars IAJE conference in New York, the Mary Lou Williams Women in Jazz Festival at the Kennedy Center in Washington, D.C. and the Costa Rica International Jazz Festival in San Jose, Costa Rica. In 2008 she was featured as an artist & composer on Wilkes' album, “Drop It" (Delmark Records).

Thanks for supporting the arts and Jazz Bridge, a 501C3 nonprofit that assists our local jazz and blues musicians in crisis!