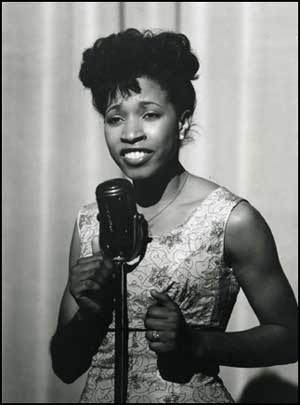 slideshow
Jazz at Lincoln Center will produce Ethel Waters: Blues, Broadway, and Jazz as part of the second season of the Jazz & Popular Song series. Hosted by singer-pianist Michael Feinstein, who also serves as Director for the series, this concert celebrates the decades-spanning career of entertainer Ethel Waters. Waters was a singular performer who conquered Broadway, nightclubs, movies, television and radio. At one time, she was the highest-paid entertainer on Broadway. She was a major player in the introduction of jazz to a broader American market, but her influence on the very nature of jazz itself cannot be overstated. Joining Feinstein onstage will be Tony Award-winner Adriane Lenox and musical director Tedd Firth in this unique concert to celebrate both the personal history of Ethel Waters and her importance to America's musical culture. Scott Siegel is supervising producer.

Performances take place on Tuesday May 1st and Wednesday May 2nd, 2012 at 7:30pm, in the Allen Room at Frederick P. Rose Hall, home of Jazz at Lincoln Center, Broadway at 60th Street, New York, NY. There will be two 45-minute acts and one intermission.

Tickets are $75 for mezzanine concert seating, $95-120 for cabaret seating. Tickets can be purchased through jalc.org or CenterCharge at 212-721-6500, open daily from 10am to 9pm. Tickets can also be purchased at the Jazz at Lincoln Center Box Office, located on Broadway at 60th Street, ground floor. Box Office hours: Monday-Saturday from 10am to 6pm (or 30 minutes past curtain) and Sunday from noon to 6pm (or 30 minutes past curtain).