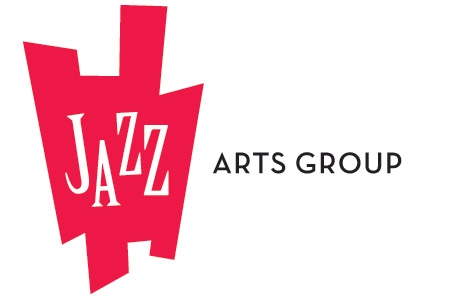 Columbus, OH The Jazz Arts Group's Inside Track series returns to the Lincoln Theatre with the Columbus Jazz Orchestra's “Hit the Road, Jack: The Music of Ray Charles," January 27-28, 2012 featuring Ray Charles alumni Sarah Morrow and Roger Hines as they pay tribute to “The Genius of Soul."

With perfect pitch and an expressive voice, he combined worlds as diverse as jazz, country, rhythm and blues, and gospel to break your heart or make you dance. To this day, Ray Charles is one of the most important influences on popular music. His passionate singing and intelligent melding of different genres remains the ideal by which many musicians continue to gauge their work. Both renowned and celebrated musicians, Sarah Morrow (trombone) and Roger Hines (bass), will honor a legendary musician who was a friend and mentor to them both.

From Pickerington, Ohio, Sarah Morrow began playing trombone at age 12 in her school band. After earning a Bachelor of Science degree in Communications at Ohio University and working in arts administration for two years, she decided to return to her first love, music (specifically, jazz). Her dedication to her craft was soon discovered by Ray Charles, who invited her to tour with his group.

Ms. Morrow is the first female instrumentalist to become a member of the Ray Charles Orchestra. She toured with the legendary pianist and singer from November 1995 through May 1997 and left the group to join Foley, Miles Davis' lead bassist, in Europe as part of a three horn section playing funk. Since then, Ms. Morrow has received international recognition and critical acclaim performing and touring with her own quintet and as a sideman with many great artists including Grammy award-winning vocalist Dee Dee Bridgewater in her big band, the Duke Ellington Orchestra, the quartet of Diana Krall's bassist Pierre Boussaguet, and with the quartet of award winning French vocalist Anne Ducros. She has recorded 2 solo albums, on the French label RDC Records distributed by BMG in France, and her latest one, Sarah Morrow and the American All Stars in Paris.

Ray Charles also had a hand in developing the career of renowned bassist Roger Hines. From 1980-1987, Hines toured and recorded exclusively as bassist for Charles. This close relationship with “Brother Ray" continued until Charles' passing in 2004. Hines also toured as musical director for Grammy Award-winning jazz vocalist Diane Schuur from 1988-2004, in addition to performing with many other well-known artists and ensembles including Louie Bellson, the Cab Calloway Orchestra, the Count Basie Orchestra, Rosemary Clooney, Hank Marr, and many more. Along with performing, Hines has also taught bass at The Ohio State University School of Music, as a jazz studies faculty member for over 12 years.