Jane Monheit digs Ella - and plans to keep on digging 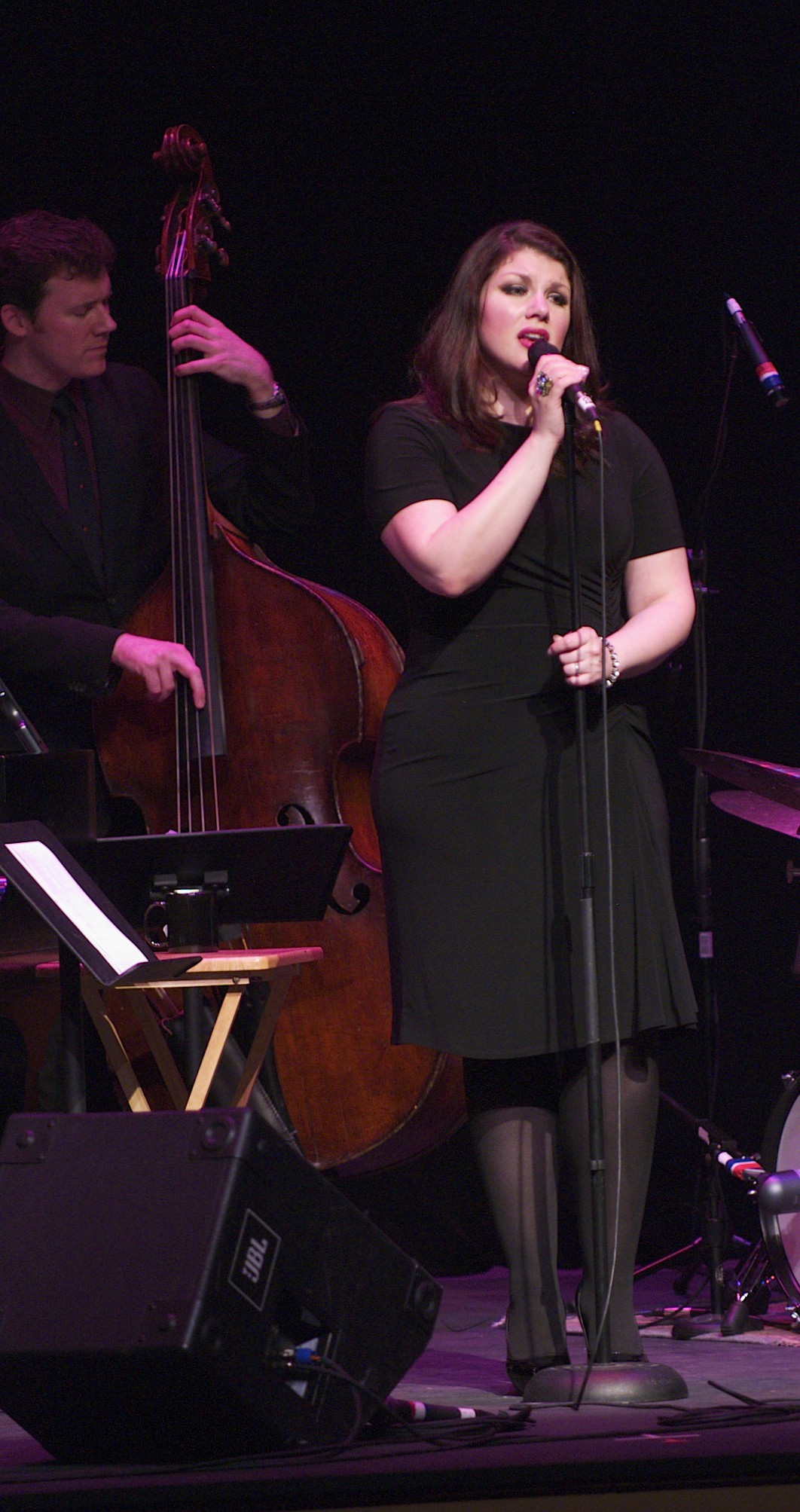 slideshow
Jazz singer Jane Monheit's musical home is the Great American Songbook. She showed a Naples, Florida audience on Friday, February 24, that with sensible bits of personal redecorating, it is still in very good hands.

She performed two 75-minute sold-out shows at Artis Naples' Daniels Pavilion, sharing her love for “First Lady of Song" Ella Fitzgerald. Material from Monheit's recording Songbook Sessions: Ella Fitzgerald (released last year on her own label, Emerald City Records) made up half of the night's repertoire. The other half consisted of Ella-related songs that Monheit has not yet recorded as part of this project.

She's already planning Volume 2 of the collaboration with producer/trumpeter Nicholas Payton. Heck, with the amount of material that Ella recorded over her career, Monheit has fodder for many such albums.

Here were some concert highlights:

Monheit and Kanan's duo version of “My Funny Valentine" was beautifully dramatic. Its melancholy introduction (a verse rarely heard in modern covers today) setting up an at-times dark interpretation. Monheit said she and Kanan are planning a duet recording project. This could be its centerpiece.

The band's delivery on Payton's arrangement of “I've Got You Under My Skin," with a Michael Jackson-style opening groove to add a contemporary feel to this classic.

Porter's “All of You" floating over Strasser's teasing New Orleans shuffle beat.

A fresh interpretation of “I've Got It Bad (and That Ain't Good)." Monheit recorded this Ellington composition on her first CD, Never Never Land in 2002. She said she received more than a little flak for recording the tune at such a tender age. Her delivery now is far more nuanced. Kanan dropped a snippet of “I'm Beginning to See the Light" into his solo, reinforcing the sense of how our understanding and wisdom evolves with age.

Monheit's version of the Antonio Carlos Jobim bossa nova “Corcovado" began with the original Portuguese lyrics and seamlessly shifted to English for the second half of the song. She said she intends to include some of Ella's Brazilian material on Volume 2.

The singer credited her grandfather as a huge influence in shaping her taste in classic jazz material. After his passing at age 94 a couple of years ago, she found the last song he selected for her sitting on his dining room table. It was “I Used to be Color Blind," which Irving Berlin wrote for the 1938 film Carefree. She sang Neal Miner's arrangement with great poignancy.

The show included one clever medley, pairing “I Ain't Got Nothing but the Blues" with the more upbeat “I'm Just a Lucky So and So."

Monheit came to Naples directly from a concert trip to Poland. No jet lag was evident. I wouldn't have been the least bit surprised if she'd dusted off “I Didn't Know What Time It Was." Ella recorded that Richard Rodgers-Lorenz Hart classic in 1956. Maybe it will be on Volume 2.