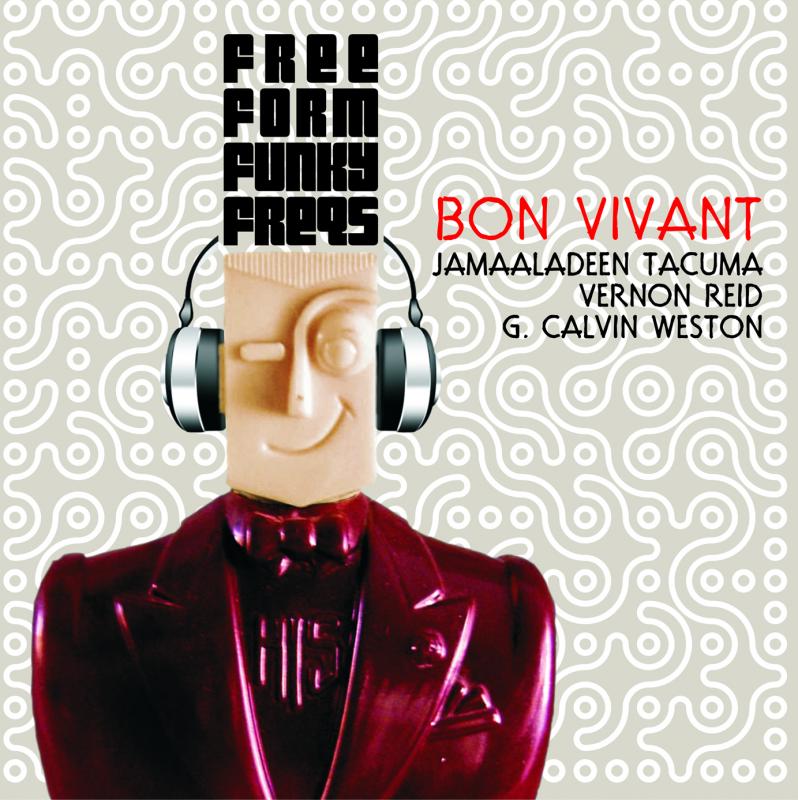 The birth of the FREE FORM FUNKY FREQS intertwined with the untimely death of Tonic, the legendary underground center for jazz, rock performance and experimental music in lower Manhattan. Weston was asked to perform in its last days , he called two long time friends to share the stage. Due to busy tour schedules the trio had not played a single note together. The success of this spontaneous performance at Tonic came as a revelation to the trio. Shortly thereafter, Weston invited Reid and Tacuma to come to his native Philadelphia, playing the underground haven, Tritone. Once again with no prior planning, the three took the stage and had yet another remarkable evening. The next gig was a Live Studio recording (Urban Mythology) produced by Reid. The Follow up Live Studio recording listed here (The Bon Vivant )is produced by Tacuma and displays the progression of the bands highly improvised performance.

Touring Europe performing at a diverse list of venues from Milan Blue Note, Jazz Festivals to underground cubs this group continues to mesmerize audiences with a fresh new highly energized sound that pushes the art of improvisation to new heights. Is it the reinvention of the power trio, is it a peek into the future or perhaps itʼs the present being fast- forwarded? That is for you to decide, but either way, itʼs a journey worth taking.

During the concert there will be a special announcement by Jamaaladeen Tacuma honoring his mentors , that dedicated time to the youth of Philadelphia in the 1970's during an era that was filled with dangers on every corner, these men helped shape the lives of many young musicians through out the city in essence saving them from the gang warfare that was claiming lives of so many whether by incarceration or by death. The influence of these great men is still felt today as they are leaders in their fields and the mentoring they performed pays forward in each of those they touched. These men played a major role in Jamaaladeen's life both as a man and a musician , he is forever grateful and wants to make this small gesture in their honor. At this time it is very important to bring attention to these programs, since budgets are being cut everyday and as we know music is disappearing from our public schools. Many of these gentleman are also actively fighting to keep these programs alive, Jamaaladeen is a success story from these music programs. With out them he may not have been able to reach the level of success he has been blessed to attain.

Jamaaladeen is only one of many who have been touched by these special mentors. If you are someone or know of anyone who has been influenced by them please come out and show your love and gratitude . Free Form Funky Freqs hopes to shine a light on all these men and on all special music and art programs being cut away from Public Schools and raise awareness of the vital roll they play in our lives as human beings all around the world.

Jamaaladeen will present each with an award of Thanks and Gratitude: an Limited Edition Metropolitan Museum of Art Egyptian Owl Bas Relief Medallion recast by Matthew Segotta, Master of Fines Arts 2013 at the University of Pennsylvania at the behest of Professor Terry Adkins.

Jamaaladeen’s Teachers and Mentors are:

This event is all ages

WHEELCHAIR ACCESSIBLE SEATS are located on all seated levels of this theatre. For more information, call 215-222-1400.