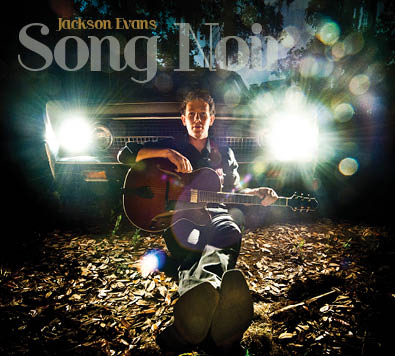 The album, titled Song Noir, features a collection of original jazz compositions paired with a few jazz standards. The songs range in energy from the quirky, forward moving Adventures of Maximilian to the tender ballad Have a Drink on Me. Standards include a slightly irreverent take on Cole Porters Night and Day and a gentle handling of Hoagy Carmichaels The Nearness of You.

Performing on the album with Jackson are co-producer/saxophonist Jody Espina, saxophonist Eric Nelson, bassist Ben Wells and drummer Stuart White. This highly skilled team of jazz musicians came together in November of 2010 and again in January 2011 for sessions at Elevated Basement Studio in Savannah, Georgia. Evans and Espina are local to Savannah while Wells and White traveled from Charleston, South Carolina and Nelson from Richmond, Utah.

For the release event, the band will perform a set from the album beginning at 6:00 and a jazz jam session featuring some of the areas best musicians will follow. Copies of Song Noir will be available at a special discounted price ($10) for this night only. This event is free and open to the public. Blowin Smokes regular dinner service (including the bar with a great selection of craft beer and wine!) will be available to all patrons.

Additionally, the release event will double as a send off party for Jackson and his wife Maggie (a noted artist/bassist/singer in Savannah) who will serve ten months as a Scholar in Residence at The China Academy of Art in Hangzhou, China.