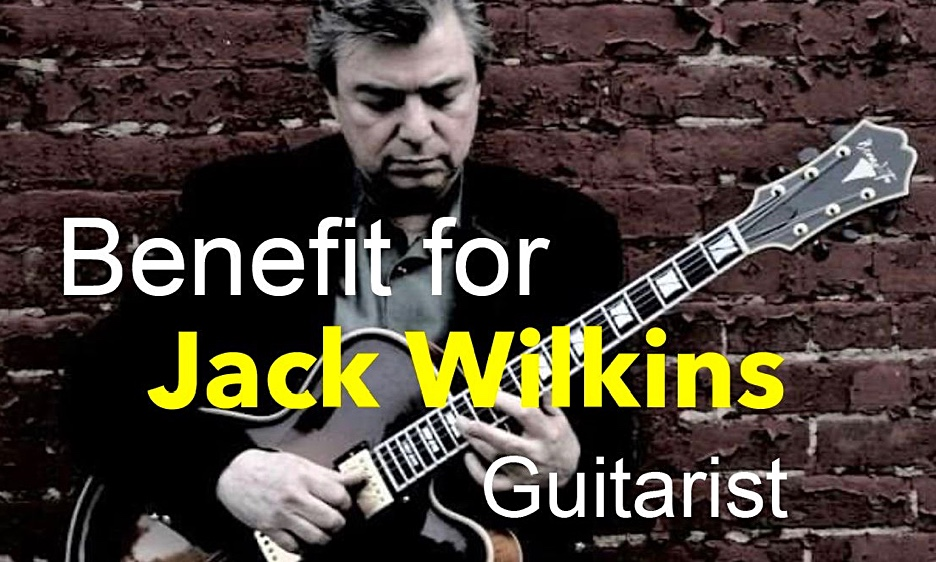 By
December 31, 2022
Sign in to view read count
Four years ago, legendary jazz guitarist Jack Wilkins, 78, found out he had stage four kidney disease and has been quietly dealing with that since. Despite surviving Covid-19 without catching it, in late 2021 he took a pain pill for recent dental work, stood up too suddenly, and found himself on the floor of his kitchen. A day later he was in the hospital with a broken hip. There followed months of rehab, but he bounced back.

Then in late December, 2022, after playing a gig at the Zinc bar, he began complaining of a growing pain in his shoulder. When he finally went to the hospital emergency department they immediately admitted him for a serious blood infection. It took a week before he was able to come home, just before Christmas. And so it has gone for the jazz great this year.

Like so many others, he has found that Covid-19 has impacted his ability to play as much as he did pre-pandemic and the bills are mounting up. “Jack is one of the most generous and humble people I know,” said fellow guitarist Jeff Barone. “He’s dedicated his life to music and has touched and influenced so many. He’s been through quite a bit these past few years, but he’s playing just as well as ever!”

Barone, who has started a GoFundMe page to help Wilkins’ with medical and living needs, added, “His ongoing medical costs are becoming challenging. He could really use some support.”

All About Jazz readers who wish to make a donation can visit his GoFundMe page where updates on his progress will be posted.