The 47th season of this classic series kicks off with an all-star concert featuring a host of greats! 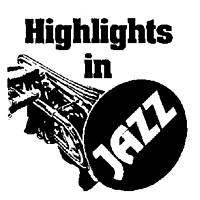 slideshow
Long-time Highlights In Jazz favorites Houston Person, Daryl Sherman, Warren Vaché, Norman Simmons, and many more will be on hand for the celebration. Plus, surprise special guest.

Each year, savvy jazz fans look forward to the annual Highlights In Jazz series. For almost a half century, the Jack Kleinsinger-produced events have brought together a multitude of beloved jazz musicians spanning an eclectic mix of generations and styles. The 2019 season is no exception, with four stellar concerts featuring some of the brightest luminaries in jazz today.

The new season gets off to a roaring start with the Highlights In Jazz 46th Anniversary Gala, featuring pianist/vocalist Daryl Sherman, saxophonist Houston Person, trumpeter Warren Vaché, clarinetist/saxophonist Ken Peplowski, pianist Norman Simmons, bassist Boots Maleson, and guitarist James Chirillo. And as always at Highlights In Jazz events, a special surprise guest will be on hand.

Listeners will be treated to unforgettable performances as these seasoned jazz veterans mix it up together and make the magic happen. “Producing all-star jams is my stock in trade,” Kleinsinger notes. “What you’ll hear at these concerts is different from what you’d hear in a club. These great musicians get together here to play with people they don’t play with every night of the week.”

A mainstay of the New York jazz scene, Daryl Sherman has built a devoted following with her talent and creativity as a pianist and singer, and her distinctive take on the Great American Songbook. A frequent guest on Marian McPartland’s “Piano Jazz,” Daryl presided over Cole Porter’s Steinway at the Waldorf-Astoria for 14 years, and was legendary bandleader Artie Shaw’s vocalist of choice. She’s appeared with Bucky and John Pizzarelli, Bob Dorough, Wycliffe Gordon, Dick Hyman, Dave McKenna, Jay Leonhart, Howard Alden, Joe Temperley, and Vince Giordano and the Nighthawks, to name just a few.

Saxophonist Houston Person is among the most in-demand tenor players in New York today. He’s known for his affinity with singers, honed during his 20-plus years with vocalist Etta Jones. Besides releasing dozens of albums as a leader in the company of greats such as Ron Carter, Steve Nelson, Cedar Walton, Bill Charlap, Joey DeFrancesco, Bernard Purdie, Les McCann, Benny Green, Grady Tate, Curtis Fuller, and other notables, Person has appeared on scores more as a sideman.

Is there anything trumpeter, cornetist, and flugelhornist Warren Vaché can’t do? The New Jersey-born brass star has made his mark from Broadway pit orchestras to big bands to free-wheeling jazz ensembles. He’s appeared in the company of Howard Alden, George Shearing, Bucky Pizzarelli, Bill Charlap and dozens of others. Vaché lists Louis Armstrong, Roy Eldridge, Bobby Hackett, Fats Navarro, Tom Harrell and Ruby Braff among his favorite trumpet players.

Saxophonist/clarinetist Ken Peplowski was still in elementary school when he landed his first pro gig, playing in a Polish polka band in his native Cleveland. From that moment, he knew the musical life was his destiny. Ken studied with Sonny Stitt, and played with classic bands like the Tommy Dorsey Orchestra and with Benny Goodman. He’s also collaborated with Mel Torme, Charlie Byrd, Peggy Lee, George Shearing, Hank Jones, Dave Frishberg, Rosemary Clooney, Tom Harrell, James Moody, Cedar Walton, and Bill Charlap. Ken has released several albums as a leader and appeared on more than 400 recordings as a sideman.

Norman Simmons wears many hats, all of them gracefully: composer, arranger, pianist, educator, and more. In his native Chicago, he led the house band at one of the most renowned clubs of the era The Beehive, backing greats such as Wardell Gray, Lester Young, and Charlie Parker. Besides providing the arrangement for Ramsey Lewis’ hit “Wade in the Water,” Simmons is widely known for his work with legendary vocalists including Carmen McRae, Anita O’Day, Betty Carter, and Joe Williams, and for his special feel for the compositions of the great Duke Ellington.

With the Highlights In Jazz series nudging the half-century mark, Kleinsinger is justly proud of his ongoing legacy as a producer. Since the very first Highlights in Jazz event, “Every concert in the series has been integrated, has included a variety of younger artists and veterans, and has featured a renowned surprise guest. And every year we honor a living jazz great—let’s honor them while they can smell the roses,” he declares. This year’s honoree, Randy Brecker, will be feted at the May 16th concert.

The HIJ series is a favorite destination for New York jazz fans and in-the-know out-of-towners. Besides the lineup of jazz icons onstage, there are often stars to be found in the audience as well—sports greats Venus Williams and Willie Randolph, actors Bette Midler and Alan Alda, and author Kurt Vonnegut, to name just a few.

The secret to the longevity of the beloved Highlights In Jazz series? “We’re doing the concerts other producers don’t do,” Kleinsinger says, “and in the process we’ve outlasted everyone who’s ever done jazz concerts in the history of New York.”

You won’t want to miss a single event in this new season of Highlights In Jazz!

Mark your calendar for other concerts scheduled for the 2019 Highlights In Jazz season:

Tickets can be purchased in advance at the box office. You are now able to use your credit card at the Tribeca PAC Box Office located on 199 Chambers Street, or by calling (212) 220-1460 and now online at tribecapac.org

Please mail a check made payable to: