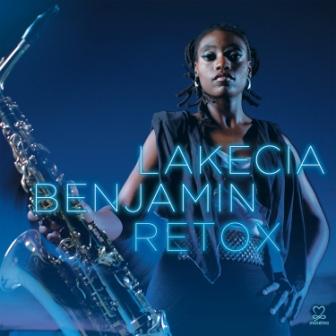 slideshow
Follow along with charismatic and dynamic saxophonist/bandleader Lakecia Benjamin, as she travels through the streets of Manhattan on the way to the release of Motema Music debut, Retox.

While she’s made quite an impact with her impressive sax work on stage and on record, Benjamin opted to take a slightly different tack on RETOX, which will be released on June 12. On the CD, she allows her talents as a composer and producer to share the spotlight with her funky sax struts. In fact, several of the CD’s 12 tracks don't even feature sax. “This album is really a fruition of years of songwriting as much as it is a showcase for my sax playing and horn arrangements," said Benjamin. On songs like “My Love" and “Share" she’s chosen to let the vocals carry the song. “I was more concerned with doing justice to my compositions than putting a sax solo in every song."

“Lakecia is a great signing for us," enthuses Motéma president Jana Herzen. “She brings up the younger guard of our roster with impeccably jazz-infused funk and soul that's delivered with a 'balls to the wall' rock and roll attitude." Herzen explains she first discovered Lakecia at a performance of Kit McClure's Big Band at the Mary Lou Williams Women in Jazz Festival at Kennedy Center for the Arts. “Though Lakecia wasn't a soloist on that gig, my eye was continually drawn to her. Her presence literally radiated from stage like a beacon".