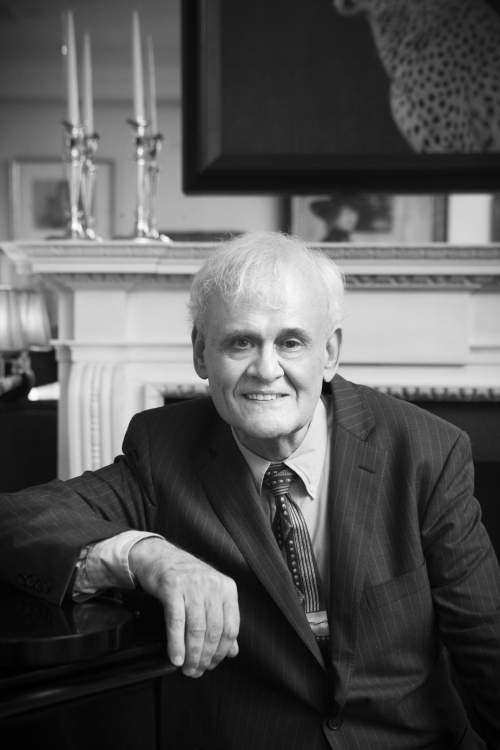 slideshow
Terry Waldo is a master of 1920s and '30s ragtime and piano. Like Dick Hyman, Terry is a preservationist, playing the music of another era authentically and with soul. His new album, I Double Dare You (Turtle Bay), with singer Tatiana Eva-Marie, revives the coy, syncopated music between the two World Wars and is superb for its charm and execution.

Since 1969, Terry has led a series of hot jazz ensembles, including Waldo's Gutbucket Syncopators in Ohio and Waldo’s Gotham City Band in New York. His 26-part NPR series in 1974, This Is Ragtime, helped revive ragtime. And he has produced and arranged more than 60 albums.

On his new album, Terry (piano and vocals) and Tatiana (vocals) are joined by Ricky Alexander (cl,sax), Mike Davis (cornet), Jim Fryer (tb), Nick Russo (banjo, g), Brian Nalepka (b) and Jay Lepley (d). Recently, I caught up with Terry to talk about growing up in Ohio and his passion for music popular nearly 100 years ago:

JazzWax: Growing up in Columbus, Ohio, were your parents musical?

My parents bought a piano when I was in third grade and let me take classical music lessons. My mother could sight-read a little. My interest in music really began after listening to 78s from the time I was 3. After learning to read music, I also learned to play banjo, tuba, string bass, organ, cello, trumpet and tympani in high school. I had a huge musical appetite.

JW: Did you form a band in high school?

TW: I did. I had a Dixieland band called The Fungus 5. Our motto was, “Our music grows on you.” I had to learn how to play the banjo because I couldn’t find anyone else to play it in the band and the instrument was essential. We were on Ted Mack and the Original Amateur Hour on CBS in 1963.

TW: At the home of our neighbor, John Baker. I met him when our family first moved to Columbus in 1950 from Ironton, Ohio. I was 6. He lived across the street and held film parties in his backyard for all the kids in the neighborhood. I’d be over at his house whenever I had free time. He was a huge jazz record collector, and he had a top-notch collection of jazz films and jazz and ragtime piano rolls. I have no idea why he was such a fanatic. He told me he had started collecting in 1929.

TW: It was. I visited Baker often from 1950 until I moved to New York in 1983. Right before that, I tried to purchase his film collection. I had to sell my house in order to pay off the debt I incurred trying to put that deal together. That's a story for another time. I learned how to read classical music during elementary school and then took modern jazz lessons from a teacher in high school. But I never could find someone to teach me ragtime and stride, so I mostly taught myself by listening to Baker’s records.

JW: Tough being a hot jazz fan in the early age of pop rock and avant-garde jazz?

TW: Not really. I was able to find a few kids in my high school band who were good enough to play Dixieland. Then I found a group of musicians I played with over at bars around Ohio State University. But to your point, I was the odd kid in high school. I managed to stay popular thanks to my sense of humor.

JW: How did you wind up studying with Eubie Blake after high school?

TW: I had a 78 of Eubie playing his Charleston Rag, recorded in 1921. I couldn’t find the sheet music for it, but I discovered that he was still alive. So I wrote to him for the music. Within a week, I received a stack of manuscripts including the Charleston Rag. I learned how to play it and then played it at the St. Louis Ragtime Festival in 1967. Eubie came on the program after me. When he arrived on stage, he announced to the audience “This man, Terry Waldo, played my Charleston Rag and if he had been a woman, I would have married him.”

TW: Years later, I got a grant to produce my This Is Ragtime radio series for NPR and went to New York to interview Eubie. We hit it off, and about a year later I brought him to Columbus for a week of concerts and TV appearances. After that, I often stayed at his house when I was performing in New York. We made records and appearances in the U.S. and in Europe on different occasions off and on until he died in 1983. I transcribed his rags for publications and took numerous lessons from him not only on piano but also on composing, arranging and all kinds of other aspects of show business.

TW: I first became interested in the music of the ‘20s through the revivalist bands—Turk Murphy, Lu Watters, the Firehouse 5 + 2 and Spike Jones. Then I backed into recordings of Louis Armstrong, King Oliver and Jelly Roll Morton. I’ve studied bop a bit, but it never spoke to me the way ragtime and two-beat syncopated music did.

JW: How did you meet the young woman who sings on your new album—Tatiana Eva-Marie?

TW: At the famous parties hosted by Scott Asen, founder of Turtle Bay Records. He hired her band for events and brought her in to meet the rest of us. She always sat in with my band and sounded great. So we decided to do an album with her and my band. I didn’t know until we started working together that she had been singing professionally since she was 4 in Switzerland. She's a complete pro and delivers those clever, fun lyrics without phoniness or condescension.

JW: Your new album, I Double Dare You, is sensational. Where did you find the guys in the band who share your enthusiasm?

TW: I’ve always been able to put together bands for various projects with the absolute top musicians who can play in the style of the 1920s and '30s. My group of alumni includes Ken Peplowski, Dan Barrett, Howard Alden and Leon Redbone. The fantastic group of younger guys in my band now just turned up in New York. New York is like that. Unlike me, though, most of them went to music school. Brian Nalepka is the only member of my current Gotham City Band that goes back to my earlier groups. I just read some studies that show that pop music has gotten worse every year since the '70s. Our stuff harks back to older times, when the music had dynamics and originality.

JW: What I love about your piano and albums is that everyone seems to be deep inside the music with a thorough knowledge of the era, the feel and the nuances. Does it take years to get inside?

TW: That’s a good question. I’m not sure I can answer it, though. I personally have always been inside the music. When I was listening to records as a child, I always felt the music and danced to it. And when I played it, I always felt I was inside of it. I try to put together recording sessions that capture the peak of collective improvisation, when the tune is fresh to everyone and they are creating the whole thing. I’ve avoided trying to record copies of old records.

TW: I never had to. I've always had a group of musicians who understood and felt the older jazz styles but contributed their own unique feeling to the pieces. That's the spirit of jazz. Everyone else in the band, I believe, has the same attitude. They have laboriously learned their technical craft and have the artistic talent of finding their parts and striving for group collaboration. This music really isn't easy to learn, and these are the top guys.

JW: For those who may not know much about the music of the 1920s and '30s but want to feel it, what recordings would you recommend?

TW: This may seem egotistical, but I think the recordings I’ve made in this style since 1969 are about as good as you’re going to find. They are listed as Waldo’s Gutbucket Syncopators or Terry Waldo’s Gotham City Band. I would also recommend listening to my This Is Ragtime

podcast, which features many trad jazz and ragtime recordings.

JW: Humor me—which records from that period do you still admire?

TW: For specific examples of artists who inspired my new album, I would listen to the recordings of Annette Hanshaw, the Boswell Sisters, Hoagy Carmichael, Bix Beiderbecke and Emmett Miller. As Tatiana says: her sweet spot is the jazz and pop music from about 1930.

JazzWax clip: Here's Terry, Tatiana and the band on I Double Dare You...

Here's< Take a Picture of the Moon...