A masterpiece. TAEKO's Contemplation sings truth to power with much love.
—Lamon Fenner, WHCR 90.3 FM, The Voice of Harlem 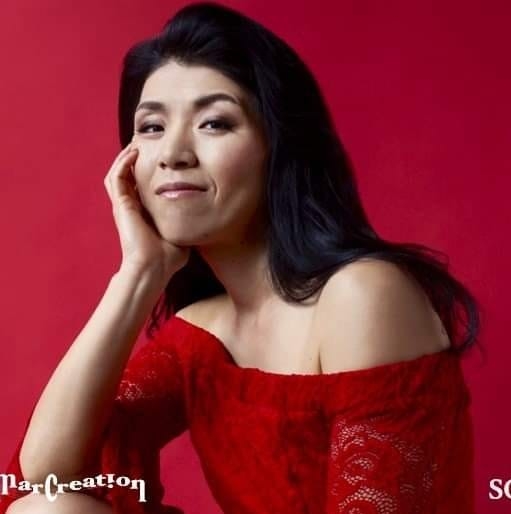 Online Show “Jazz Cafe" to feature TAEKO as its host

Jazz singer extraordinaire and entrepreneur TAEKO returns as host of the online show JAZZ CAFE. The popular series has run for seven years and has featured some of Jazz's greatest masters, will be available this winter on Neworldtv.com and on the Neworld youtube channel.

Internationally-acclaimed jazz songstress from Japan, TAEKO releases her 4th album in the U.S. as a leader on October 10, 2019 entitled Contemplation (Flat Nine Records).

In TAEKO's own words (pronounced Tie-Koe): “This album shows my true love and dedication to the African-American classical art form called jazz, as a singer who came from Japan where this music is truly loved."

With a never-ending stream of musical ideas and fluidity of delivery that shows years of studying her craft, TAEKO has built a distinctively unique approach to jazz in addition to mastering the traditional vocal and instrumental aspects. This album features songs written by the beloved jazz greats such as Cedar Walton, Mal Waldron, Billie Holiday, Chick Corea, Bill Evans, and Benny Golson, with TAEKO's unique point of view and arrangement.

TAEKO moved to New York City from Shiga, Japan in the late '90s and quickly garnered the nickname “Songbird" from the NYC jazz elite. With a stunning four octave range, she sings with “deep soulfulness reminiscent of Anita Baker with sophisticated scatting a la Ella" as jazz critics have described.

With a never ending stream of musical ideas and a fluid delivery that shows years of dedication in studying her craft, little is left to doubt how TAEKO has built a dedicated fan base in both the U.S. and overseas. Growing up in Japan, she was inspired early on by the traditional Japanese music her father and grandfather sang, and has been singing as long as she can remember. TAEKO's interest in American music was piqued while still a young child. In her formative musical years she counts traditional jazz, modern American music, and Eastern music among her influences in shaping her contemporary vocal style.