INSIDE SCOFIELD: A film about master guitarist and jazz legend John Scofield 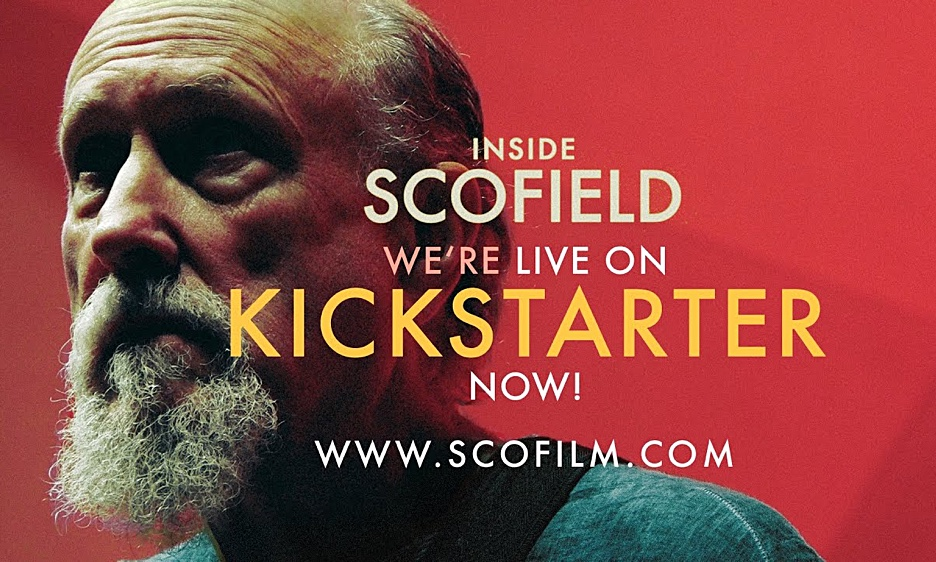 By
June 11, 2020
Sign in to view read count
Over the course of his long and successful musical career, John Scofield crossed paths with people like Miles Davis, Charles Mingus, Gerry Mulligan, Herbie Hancock, Joe Henderson and Chet Baker. With his unique style and sound he became one of today’s most influential master guitarists of jazz and fusion music.

INSIDE SCOFIELD is a feature length documentary—an entertaining in-depth portrayal of the life of the popular touring musician, composer and family man. Narrated from his personal perspective Scofield himself will take you on an inspiring trip into the mind and soul of one of today's finest in modern Jazz.

THE FILM, THIS CAMPAIGN, JAZZ & ME (THE FILMMAKER)

Since my earliest days, Jazz has been always around and until today it's probably the most inspiring music for me to listen to while working on other projects as a painter or illustrator. There's not much that can beat painting while listening to jazz.

When my father (who has turned me on to jazz at a very young age) introduced me to John's music, I was instantly hooked. Just a couple of years ago, after releasing two other music documentaries, I realized I should try to get involved with John for a mutual project. A project about his life and the thing that he actually lives... jazz.

Driven by John's beautiful music, an unconventional approach to storytelling, aesthetic cinematography and ambitiously created animations, the film will entertain and stimulate the viewers' imagination by painting a colorful picture of a multifaceted career in music. As the creative concept of Inside Scofield is based on artistic than journalistic parameters, it will be more interesting and relevant than the glossy, kind of standardized talking head documentaries. Think outside the box—think Buena Vista Social Club, Being John Malkovich, Coffee and Cigarettes, 20,000 Days On Earth and Inside Llewyn Davis... for jazz.

Entirely shaped and inspired by John's music, Inside Scofield will be an important cinematic document and...

Question: What is better than a front row seat at a Sco gig?

A front row and backstage seat!

And that's what you will get. Definitely Inside Scofield will be one of the closest encounters you will have with a master musician of his kind: More than a celebration of past achievements, the film aims to be an intimate self-reflection on John's ongoing career and life as a professional musician. Cameos by John’s closest collaborators and friends are part of this, but the main narrator of John's story is—John himself.

Scofield is a generous narrator rather unusual and refreshing for the notoriously secretive jazz scene—and so the film will reveal a wealth of yet unseen material, e.g. exclusive backstage, soundcheck and personal footage.

But who is John Scofield? What is improvization? What has changed during the last 40 years of touring constantly around the globe as a “Road Dog", and how has this change affected John and his music? And of course- how was it like being around Miles Davis and all the other icons of the golden generation of jazz? Inside Scofield will answer these questions.

To get as close to the subject as possible and to ensure I stay true to the original idea- I've decided to work alone. Producing this film completely by myself also means I am depending on great people like you- who love John’s music- and who want this film to be made. After all, working alone does not decrease the workload or expense of film making.

So what is happening in the film?

John himself will take us on a meandering ride between the fast-paced touring-life on the road and his seclusion at his home in Katonah, on the outskirts of town. This “town"—New York City—was the place where jazz moved on to another level—and the place where John started his career. There could be no better tour guide than Scofield to show us around his Village—the aging but still pulsating center spot of jazz on the west side of lower Manhattan. And hey—there's Joe Lovano! Let's follow them to a café and witness a chat between old buddies about good old times.

After visiting the NYU Steinhardt Studios for a recording session we will accompany John on his US West Coast and European tour with his band Combo 66, share the stage with him multiple times, visit Seattle’s best assorted guitar shops, the famous Music Instrument Museum (Phoenix) and many other music related locations.

Since I have accompanied John and the band for more than three weeks across North America and Europe and shot nearly 40 hours of footage in eleven different cities during that time—the Combo 66 tour with Bill Stewart (drums), Gerald Clayton (piano), Vicente Archer (bass) and Pat Murray (sound engineer) will be the interconnecting element of the film.

When COVID-19 came along it made it even tougher to proceed working on this film without any help. At first glance the time doesn't seem ideal for a campaign like this. But- like music- films need to be made, even—or especially in rough times:

I truly believe in every crisis there is a great chance of winning. As a contemporary document on John's on-going career (which is put on hold right now because of Covid 19) it will address this topic to provide orientation and hope to many future generations of musicians: Inside Scofield will not just be the long overdue, ambitiously crafted monument for this legendary guitarist and a cinematic experience for music enthusiasts. It will also be a strong statement for the importance of any culture and music in times of need.

After paying all previous achievements out of my own pockets now the journey has ended, the footage has been shot. 50 hours of footage need to be edited, graphics have to be designed, adjusted and animated, colors corrected, rights for music and external footage cleared, audio needs to be edited, music mixed (...). After the film is completed there are festival fees to pay, DVD's, poster production and so much more. The list of forthcoming expenses is long!

The first part is done—but—this crowdfunding campaign is the ONLY WAY to continue my work and finish this film!

So please support this ambitious project and be part of building this cinematic monument that celebrates John, his on-going achievements and the one thing we all love so much: Jazz.

For perks and to pledge your support, click here.