All About Jazz is celebrating Bill Evans' birthday today!

Who Was Bill Evans? Bill Evans, one of the most influential and tragic figures of the post-bop jazz piano, was known for his highly nuanced touch, the clarity of the feeling content of his music and his reform of the chord voicing system pianists used. He recorded over fifty albums as leader and received five Grammy awards. He spawned a school of “Bill Evans style" or “Evans inspired" pianists, who include ...
read more

If you plan on discussing the origins of salsa, you'd better make a large pot of Café Rico coffee. You're going to be arguing late into the night. There are multiple definitions of the music as well as a raging debate over its roots, starting point and how it evolved. To me, as a former resident of Washington Heights, the definition is rather simple: salsa began at the dawn of the 1970s and followed the boogaloo as a popular style ...
read more

All About Jazz is celebrating Oscar Peterson's birthday today!

One of the most admired pianists in jazz, Oscar Peterson has rightfully claimed the same sort of status as earlier greats such as James P. Johnson, Art Tatum, Teddy Wilson, Fats Waller, Thelonious Monk, Bud Powell, and Bill Evans. Possibly the most successful artist produced by Canada, he appeared on well over 200 albums spanning six decades and won numerous awards, including eight Grammys. During his career he performed and recorded ...
read more 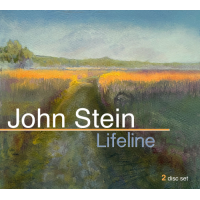 It's rare when a two-album set is released celebrating the career of a living jazz artist. It's even more rare that the double album should now be No. 4 on JazzWeek's jazz album chart. That's exactly what has happened with John Stein's Lifeline (Whaling City Sound). Both accomplishments are a testament to John's straight-up swing and eclecticism over the years and his passion for for tasty jazz chords. Released in June, Lifeline features 26 tracks spanning 15 albums recorded over ...
read more

All About Jazz is celebrating Tony Monaco's birthday today!

One of the greatest honors in a Jazz Musician's life is to be voted in the Downbeat Magazine Critics polls and readers polls. In 2005, Tony was blessed to be a voted in both polls and in January 2006, he was also voted by Jazztimes Readers as being in the top 4! Not only is Tony proud of these wonderful accomplishments, he is once again, humbled as he realized that these ...
read more

All About Jazz is celebrating Mulgrew Miller's birthday today!

Mulgrew Miller is an American jazz pianist born in 1955 in Greenwood, Mississippi. In a childhood filled with early musical experiences, mostly playing gospel music in his church and R&B and blues at dances. Mulgrew was constantly meddling in jazz piano, and established a trio in high school that would play cocktail parties. Miller admits that they didn't really know what they were doing and were merely “approaching jazz". Miller is ...
read more

All About Jazz publishes the weekly JazzWeek Radio Chart. Discover new releases, track chart movement, and learn what is being played on jazz radio stations in the United States. Enjoy!

All About Jazz is celebrating Pat Metheny's birthday today!

Pat Metheny was born in Kansas City on August 12, 1954 into a musical family. Starting on trumpet at the age of 8, Metheny switched to guitar at age 12. By the age of 15, he was working regularly with the best jazz musicians in Kansas City, receiving valuable on-the-bandstand experience at an unusually young age. Metheny first burst onto the international jazz scene in 1974. Over the course of his ...
read more

Something Else! Vincent Herring Septet Honors...