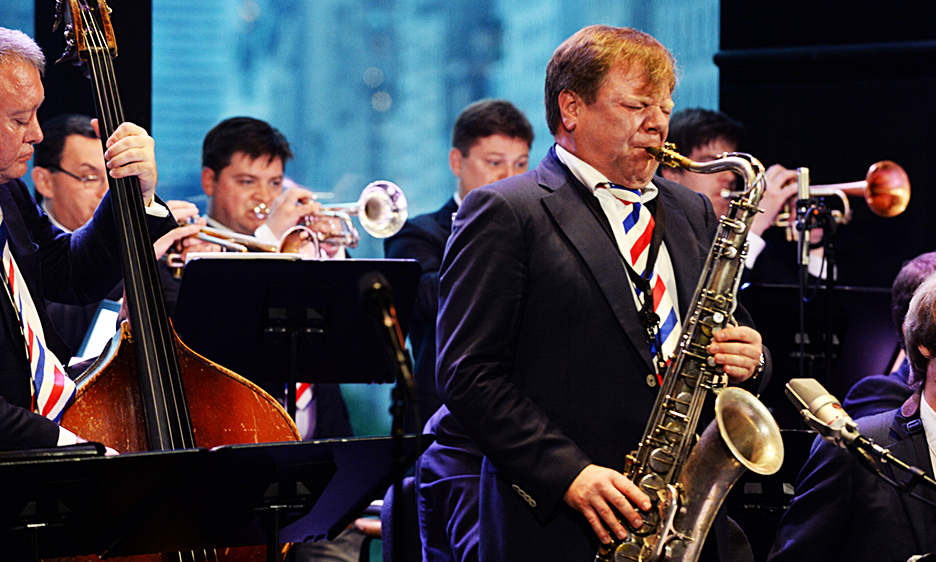 SOURCE: ALL ABOUT JAZZ
January 7, 2022
Sign in to view read count
Jazz internationalization has widened in the last few decades to include musicians from practically every country imaginable. At Jazz @ Lincoln Center the programming has reflected this phenomenon and patrons have been given generous helpings of foreign artistry. The club has become a veritable hub for this music and thus enhanced Gotham's reputation as the world's Jazz capitol.

On December 19th the latest international leader saxophonist Igor Butman took the stage at Dizzy's celebrating the release of his new recording Only Now with his quartet. Featured in the group were guitarist Evgeny Pobozhiy, first-ever Russian winner of the Herbie Hancock prize, bassist Matt Brewer, and Grammy nominated drummer Antonio Sanchez.

Opening the set Butman chose “Falling Grace" beginning the tune with sub-tones ala Ben Webster and then improvising with stylings derived from a host of bop and post bop saxophonists delivered reverentially. Similarly, Pobozhiy's improv on this tune and those following revealed well known guitar influences. Both musicians exhibited impressive technical wherewithal rendering cascades of notes though discounting strategic spacings. Brewer's bass resonated deeply as he and Sanchez coalesced as one producing outstanding rhythmic coherence.

In “Egyptian Nights" once again Brewer's tonality dominated matters; He delivered lines reminiscent of those on an album by Greg Osby awhile back. Also Sanchez displayed his Mexican roots with unique shifts in percussive sequences.

Throughout, the improvs of both Butman and Pobozhiy impressed a near sell-out audience with their multi-noted pyrotechnics. Their excellent musicianship was a reminder that jazz continues to travel globally and that the Lincoln Center producers, in their wisdom, recognizing its internationality continue to present the best players no matter where they may be.