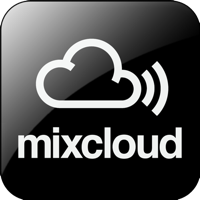 Much has been discussed of late regarding music streaming, but while it's typically the big players who are most often talked about, like Spotify and Apple Music, it is the dark horse, Mixcloud, that should be paid attention to, as the popularity of human curated content is once again on the rise.

With streaming music being a hot button topic lately, users are quick to draw a line in the sand and swear allegiance to their corporation of choice. While Apple Music, Spotify, Soundcloud and others have each planted their flags in the soil, the unsung hero among them is Mixcloud, a small company that takes a slightly different approach. Specializing in user generated and professionally produced episodic content, the platform allows users to upload their own podcasts, DJ mixes, and radio shows, rather than offering a library of single track streams. With human curation coming back into fashion after Apple threw their hat into the ring, the seven year old Mixcloud boasts 8 million episodes from over 800,000 curators. Just how does one sift through all of that content? Cuepoint spoke to co-founder Nico Perez about that, what the future of digital music holds and the spectre of Big Algorithm.

Cuepoint: I’m wondering if you can first give us the backstory on how Mixcloud got started, for those that are unfamilar?

Nico Perez: Over ten years ago, myself and one of the other co-founders had a college radio show at Cambridge University in the UK. At that time, we played to a maximum of 14 or 15 people, but I think that’s where our love for radio and the power of curation first came from. When we graduated college, we were still DJing out a lot, playing parties, recording mixtapes and things like that. We were looking for somewhere to host these radio shows and mixtapes and everything. At that time — in the mid to late 2000s — your choices were basically