Honoring and updating a classic saxophone sound and spirit 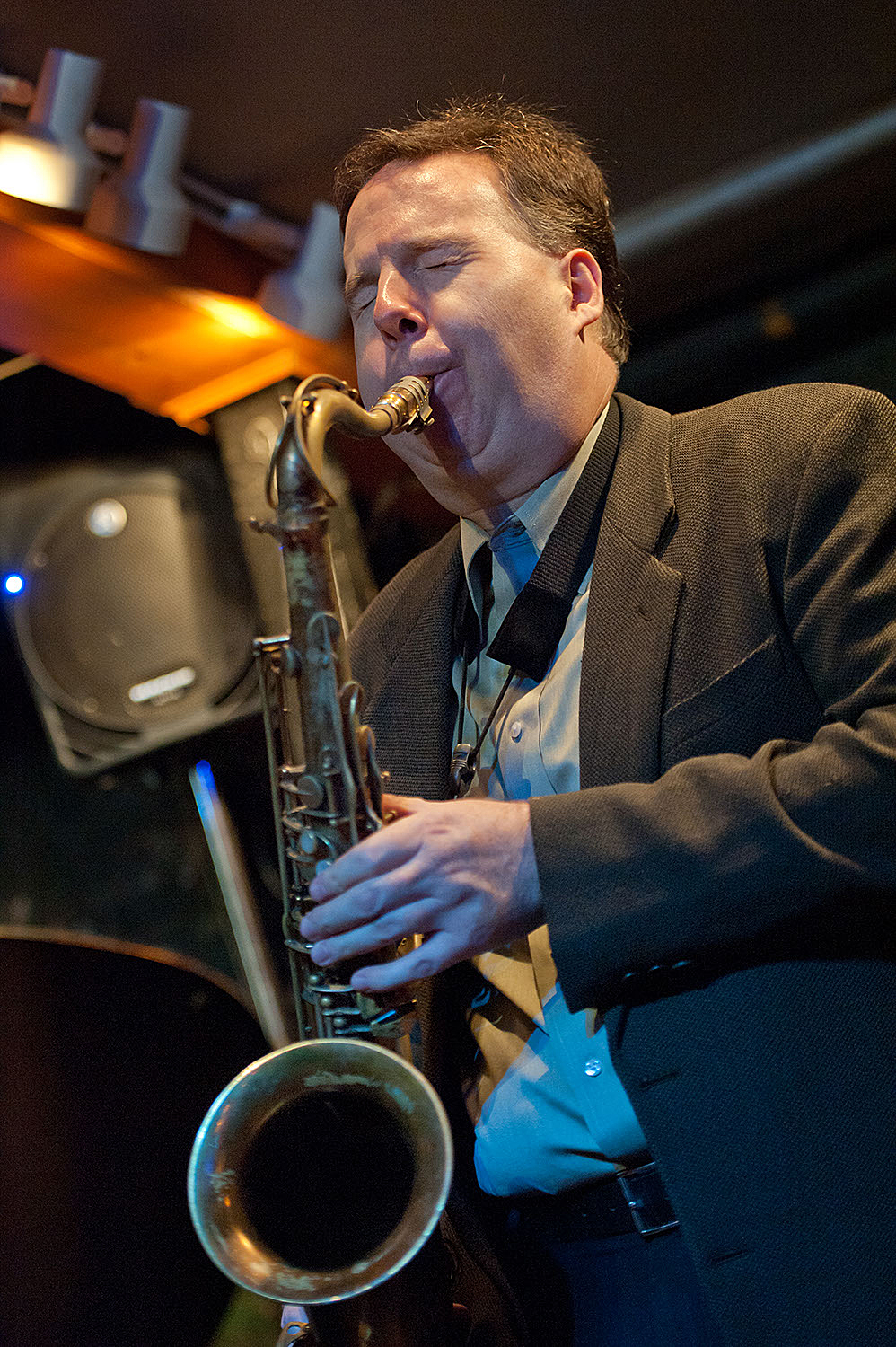 slideshow
Bandleader Woody Herman's Second Herd in the late 1940s featured a stunning saxophone section known as the Four Brothers. It featured tenormen Stan Getz, Zoot Sims and Herbie Steward, plus baritone saxophonist Serge Chaloff. The sound was swinging and vibrant as the four players dug into crisp unison lines and took turns passing solos to one another much like relay runners hand off the baton.

Seventy years after the Four Brothers made their mark on big band jazz, Harry Allen is having great fun keeping the format and its spirit alive. In October 2016, he recorded a Four-Brothers-style project, The Candymen (Arbors) with his All Star New York Saxophone Band. Allen made the recording with tenorists Eric Alexander and Grant Stewart and baritone player Gary Smulyan.

Much of Sunday's material was drawn from the CD, but Allen also proffered a few new arrangements in the same style. The only composition in the day's program that came from the original Four Brothers lineup was its namesake composition. Allen used Al Cohn's arrangement of the classic Jimmy Giuffre-penned “Four Brothers" as the concert opener, setting the tone for all that followed.

It was an afternoon of hard-driving swing, propelled by Metz's powerhouse drumming, an infectious groove and an array of saxophone textures that fit together as the players added their own musical personalities.

It also showcased Allen's skill as an arranger and composer. He was best known early in his career is a purveyor of the great swing tenor sound- an amalgam at times from torchbearers like Getz, Ben Webster and Lester Young. Now he loves to share his own fine compositions. On this day, they included “The One For You," the frisky “Blues in the Morning," “So There" and “I Can See Forever."

The concert fare also included Rodgers & Hart's “Nobody's Heart Belongs to Me," Anthony Newley's “The Candy Man," Duke Ellington's “Jump for Joy," Zoot Sims and Gerry Mulligan's “The Red Door," and Mulligan's Four Brothers-inspired “Five Brothers." Other gems: the standards “I Wish I Knew," “What a Little Moonlight Can Do," and Howard Arlen & Yip Harburg's “How are Things in Glocka Morra."

“The Red Door," which may have been named after a jam session joint where Sims hung out when he first arrived in New York, was a searing bop feature for the band. Without a doubt, this was one of the most memorable concerts I've heard this year.