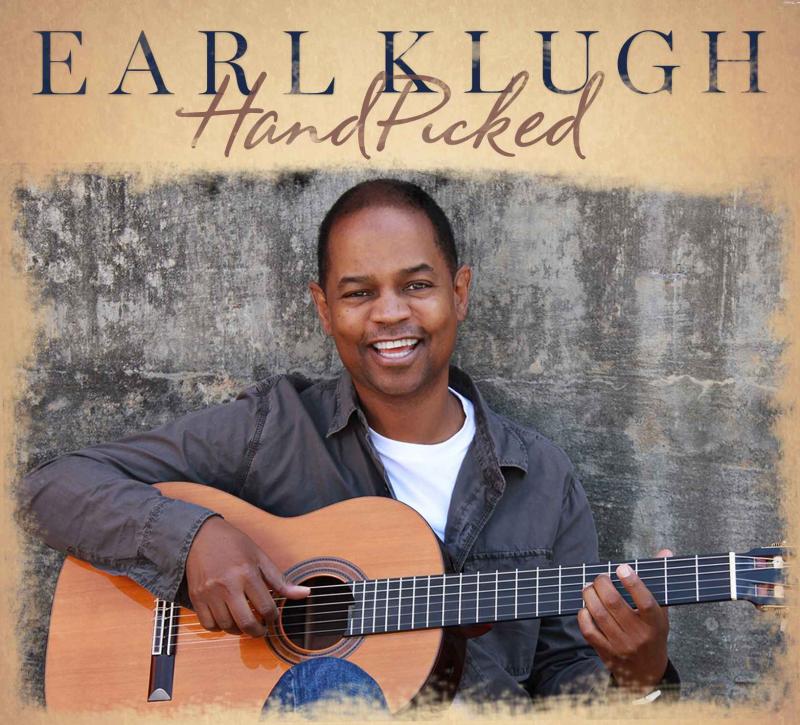 On July 30, 2013, Klugh releases his first CD on Heads Up International, a division of Concord Music Group. HandPicked is a soulful, sixteen-track solo/duet recording featuring special guest guitarists Vince Gill and Bill Frisell and ukulele virtuoso Jake Shimabukuro playing with Klugh on specially-selected tunes that include standards, and original Klugh-penned compositions, some of which have been recorded by Klugh on previous albums, are artfully revisited on this dynamic new disc.

Klugh isn’t new to the solo guitar or collaborative scenes. In 1989, Klugh released his first solo-guitar album, titled simply Solo Guitar. Sixteen years later, his second solo recording (and 11th GRAMMY® nominated album) Naked Guitar, emerged. Both of those discs were not only popular, but they received high critical praise as well. His collaborations, One on One, Two of a Kind and Cool with Bob James, and Collaboration with George Benson featured backing bands. Whereas HandPicked is Klugh’s first project containing duets stripped down to the purest sense of the word, his first largely solo record with multiple original solo guitar pieces – and his most personal and profound recording to date.

For Klugh, HandPicked shows where he is, and where he’s come from as a musician.

“In the earlier part of my career, I was busy touring and playing with a six and seven-piece band,” Klugh says. “But I think it’s important from time to time to step back and reexamine some things. So I thought it was the ideal time because I ran into several of my guitar friends over the last couple of years. And it got me to thinking – maybe I can include some duets in my next project.”

The idea for HandPicked grew out of Klugh’s PBS Soundstage special, which included George Benson, Chet Akins, and his Night of Guitars’ series which featured Russell Malone and Bill Frisell. Frisell and Klugh’s wistful, western take on the 1930’s standard “Blue Moon” shows where the “twang” shall meet. “He’s one of a kind,” Klugh says of Frisell. “He’s one of the most unique players on the scene. There’s very little he won’t try to tackle; he’s a great player, and a really good person.”

The Grand Ol’ Opry-grooved “All I Have To Do Is Dream,” made famous by the Everly Brothers, finds Klugh in good company with his friend, the celebrated Country Music Hall of Fame guitarist and vocalist Vince Gill. “Vince is a really good guitarist and composer,” Klugh says. The two are both mutual fans and friends of the great Chet Atkins, so approaching Vince was comfortable for Earl. “I met him at Eric Clapton’s Crossroads Guitar Festival in Chicago in 2010, and I thought of Vince right away when I was putting this project together. We’re both fans of this song (their mentor Atkins lends his guitar playing to the original Everly Brothers track), and we put it together very comfortably and easily.”

That nice and easy vibe is also found on the bright and beautiful rendition of the Eagles’ “Hotel California” (a favorite of Klugh’s mom) with Jake Shimabukuro, whom Klugh met performing on a jazz cruise in 2008. They have since become friends, and Klugh has invited Jake to perform at the ‘Weekend of Jazz’ events he hosts each year in Colorado Springs and Kiawah Island, SC. “Jake is a great player on a very distinctive instrument” Klugh says. He’s such an incredible musician and is so fresh with what he’s able to do. He’s a very dynamic, yet melodic and thoughtful player.”

The rest of HandPicked features Klugh on solo guitar, and captures the full poetry and prowess of Klugh’s masterful musicianship from the very first listen. Klugh’s recording of the George Shearing classic “Lullaby Of Birdland” harkens back to the time he played with the blind pianist in the early seventies. Klugh’s powers of interpretation are taken to new heights with his stunning version of Thelonious Monk’s “Round Midnight,” “I was always a Monk fan. And if I’m going to record a Monk tune, it might as well be “Round Midnight,” Klugh says. “It’s one of the greatest songs ever written.”

The Burt Bacharach/Hal David hit “Alfie,” the Beatles’ “If I Fell,” “More and More Amor,” – made famous by Herb Alpert’s Tijuana Brass – and Sammy Fain and Paul Francis Webster’s “Love Is A Many Splendored Thing” are rendered in Klugh’s riveting and romantic treatment, in contrast to the bossa nova twist he gives the soul hit “Going Out Of My Head.” Klugh unveils three new songs on the disc; the classically-colored, Segovia-like “Where The Wind Takes Me,” the syncopated “In Six,” written in 6/8 time, and the folkish “Morning Rain.”

Two songs that Klugh previously recorded show the depth and breadth of his artistry. Vince Guaraldi’s “Cast Your Fate to the Wind,” originally recorded on Klugh’s Magic in Your Eyes album in 1978, is rendered on this new version with a more deliberate, mature tempo. And Klugh’s remake of “This Time,” which originally appeared as a vocal track sung by Al Jarreau in 1980, is heard here as a plaintive, solo ballad for the first time, closing this revealing and remarkable recording by a modern master of music, who shows no signs of slowing down, or limiting his options.

“I love all types of music,” Klugh says. “Going in, I knew one thing for sure: I was going to be my own musician. There was so much I enjoyed. I tried to find a way to play the songs I love. What I’m really trying to do on the album is create something that people will enjoy as much as I do.”