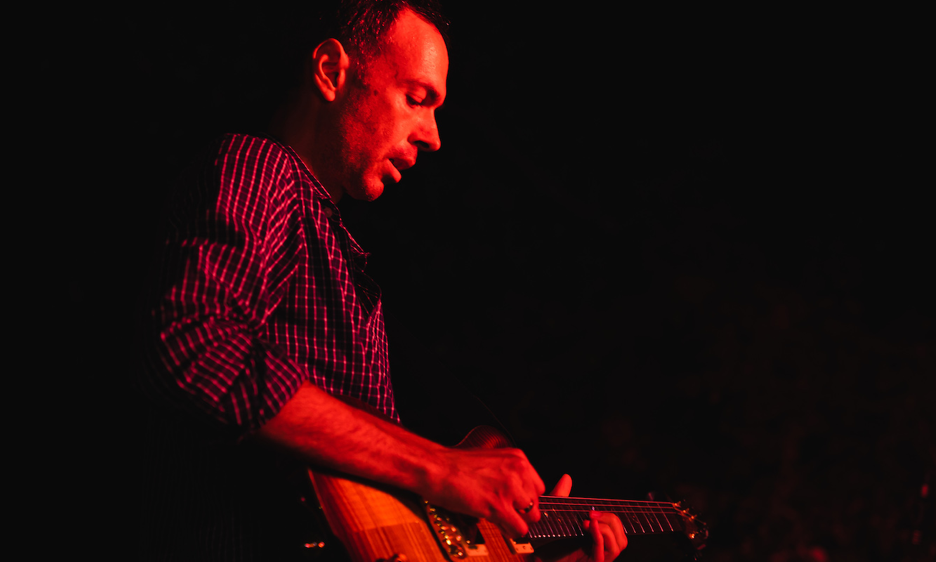 A collection of intelligent, varied and highly melodic original compositions enhanced by the excellent playing of all the musicians involved.
—Ian Mann, The JazzMann 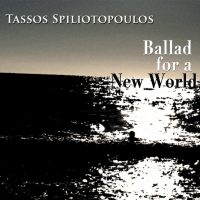 Ballad for a New World is the fifth album by Greek guitarist and composer Tassos Spiliotopoulos. After establishing himself in the London Jazz scene for more than a decade, Tassos Spiliotopoulos, now based in Stockholm, has previously released an impressive body of original work including the critically acclaimed In the North (2016) and Solitude EP (2021).

On Ballad for a New World Spiliotopoulos returns to the quartet format and continues to develop his blend of modern jazz with influences of classical, world and rock music. But this time the mood is airier and more melodic, his guitar tone darker and with the addition of multi-award-winning saxophonist Jonas Knutsson’s folk-like melodies the album takes a new direction.

The optimism of the opening track ‘New Land’ might suggest differently but the album’s title is a reference to the current situation of pandemic, war and economic crisis we are all facing. That nostalgic, solemn mood can be heard on the title track as well as others like the mesmerizing “September." It is however balanced out by surges of energy on tracks like “Corridor and Corridor (part 2)" as well as the travelling mood of “A Day to Remember." The album concludes with a composition called “Through her Eyes" where Tassos Spiliotopoulos experiments with guitar-layering to create a beautiful, melodic soundscape.

Born in 1978 in Athens, Greece, Tassos Spiliotopoulos moved to London in 2000 to pursue music and since 2013 is based in Stockholm, Sweden. While in London Tassos quickly became a part of the UK Jazz scene and worked with many of the country's top musicians. He also studied at Guildhall School of Music & Drama (Mmus) and Trinity College of Music (Bmus, Hons).

Since the very beginning of his time in London Tassos has been touring with his own bands as well as numerous other creative projects, performing in clubs and festivals in over 15 countries in Europe, America and Asia. He has worked with artists such as Kenny Wheeler, Gary Husband, Asaf Sirkis, Dimitri Vassilakis, John Parricelli, Mike Outram, John Etheridge, and more.

In 2005, Tassos formed a Tassos Spiliotopoulos Quartet with some of the most talented musicians from the London jazz scene. The idea was to create a fresh sounding, contemporary group that combines lyrical, extended-form compositions with high energy improvising. The Quartet's first album Wait For Dusk was released by Konnex Records in 2006.

2016 marked a new collaboration between Tassos and musicians from Sweden and the release of the new album In the North. An album that Tassos considers his best recorded work yet and one that confirms his reputation as one of the most accomplished guitarists of his generation as well as a composer that brings something truly new to the Jazz table. As with previous Tassos Spiliotopoulos albums, the music builds on to the modern Jazz idiom, but this time new influences from greek folk music, film music, flamenco, blues and fusion are incorporated.

In 2021, after a period of intense touring Tassos released Solitude- EP featuring a trio with Kevin Glasgow and Asaf Sirkis. 2021 also marks the start of a new collaboration with Greek musicians Michael Evdemon and Panos Vassilopoulos called S.E.V. Trio. The new trio released a series of videos including Live in Athens as well as their debut album Far from Close featuring original music written by Tassos Spiliotopoulos and Michael Evdemon.