The double CD is a unique idea where several well known musicians demonstate peak performances on the same song structure and all align to portrait a united message. 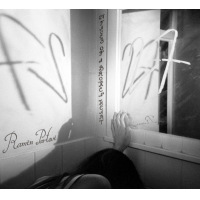 Aviator and Hollywood guitarist Ramin Partovi is about to release his breakout album 27 Faces Of A Broken Heart with a completely new concept. The album features an all-star line-up with Scott Henderson, Simon Phillips, Carl Verheyen, Jimmy Johnson, Mike Stern and several others. The double CD is a unique idea where several well known musicians demonstate peak performances on the same song structure and all align to portrait a united message.

Ramin Partovi early on in his life gravitated towards his love for music, learning guitar and other instruments and founding/playing in several original bands. To meet means end be pursued a pilot career, collected over 10,000 hours in the air on large jet aircraft, became a commercial Boeing 737 Captain and recently developed an interest and passion for aerobatic flying. His heart and real passion however was and will always be in music. He studied guitar and music business at Musicians Institute Hollywood and currently resides in Los Angeles.

“Ramin's record is a concept album with an entirely new idea: twenty six guitarists playing on the same song progression. Each one provides a different approach and musical direction with a huge range of styles. Some heavy hitters for sure!”— Carl Verheyen

The music reflects several emotions, such as heartbreak and pain. Says Ramin, “The idea connecting to my musician friends and musical heroes was to having them connect to a time of broken heartedness (something most of us have been through) and now tell THEIR story in their unique musical way and showing the listeners 'another face' of a broken heart bringing the message home that one is not alone in these kind of times and that many people have been through this and eventually overcame it as time passed. We are all unique yet all connected at the same time in our journey. That's why I wanted to show different faces and yet connect them and wrap them together in a unique way.

“In the song '27' I connect with and reflect on a time 2007 where I've been very heart broken. After 9 months of a very turbulent relationship it felt as if she ripped my beating heart out alive, stepped on it with long high heels and started twitching. I moved 1550 miles away and it took me 1 and a half years to digest this emotionally. The song reflects on the moods, my pain and struggle at this time, the emotional wounds and the overcoming of this demon over the following years. Have you ever been in front of an art painting and thought 'yeh, its kind of nice but it doesn't really speak to me' and then someone explained you a few things about the artist, what he had in mind when he created the work and what he was trying to say with it, and suddenly the painting lit up and shone in a complete new light for you and you saw it with completely different eyes and loved it? I attempted to paint a picture like that with this song using music instead of a brush.”

Ramin recently received an endorsement by Little Walter Amps. Says Ramin, “I'm very humbled to have selected my dream amp and then having the CEO standing behind you like that.” Ramin is planning to work on new material by the end of the year. As usual it's probably going to be something completely different. In the meanwhile Ramin will be flying commercial Airline Jets this summer and looking for musical inspiration while visiting several countries.

In closing Ramin has this to impart, “I called my friends and heroes, asked them to reconnect to a time when they found themselves in a similar situation and to tell their story with their instrument for you, on the same canvas. See what they have to say! My message for you is that no matter how hard it hits you in life, give it enough time and with a little help from your friends and inspiration from your heroes you will be fine. May this be a healing force for people going through a similar experience and remind them that they are not alone and that time will heal their wounds.”