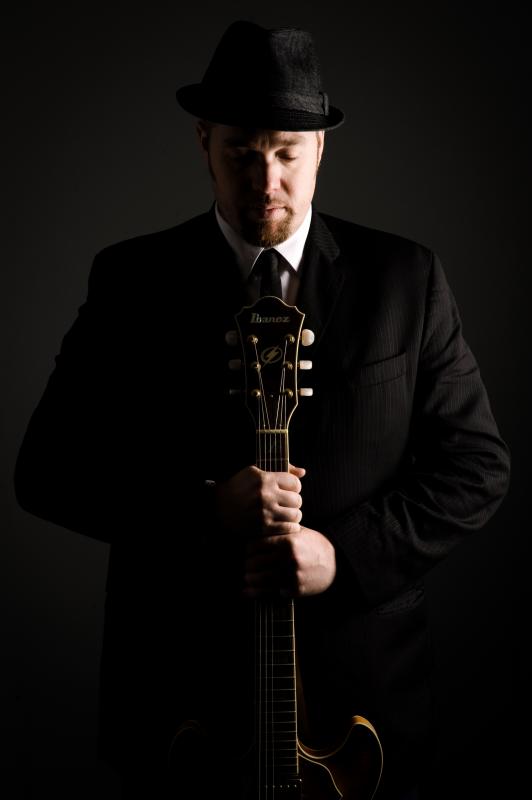 slideshow
The Katonah Museum of Art invites you to enjoy an early summer evening of art and jazz with the second Shades of Jazz concert of the new season. As curator for the series, legendary guitarist John Scofield presents some of the brightest talents in jazz today and jams with them at the end of each performance in the Museum's Sculpture Garden.

Join John Scofield on Wednesday, July 15, as he welcomes two modern masters of soul, Eric Krasno and Nigel Hall. The intimate concert begins at 6:30pm. Admission is $10 for members, $20 for nonmembers, and includes complimentary beer and wine. Along with chairs and blankets, guests are invited to pack a picnic dinner to enjoy during the performance. Wm Nicholas & Co. (www.wmnicholas.com) in Katonah is offering special gourmet picnic baskets that may be reserved by calling (914) 232-1949. Reservations for Shades of Jazz are strongly suggested and may be made by calling the Museum at (914) 232-9555, ext. 0 or online through the events page at www.katonahmuseum.org. The Katonah Museum of Art is located at 134 Jay Street (Route 22) in Katonah, NY.

Guitarist and producer Eric Krasnos is a virtuosic powerhouse in the jazz, funk, and hip-hop communities. He is a founding member of Soulive, the globetrotting instrumental soul-funk trio who have opened for rock royalty including The Rolling Stones and Dave Matthews Band. Krasno is also one-half of the production company Fyre Dept., best known for cutting tracks with 50 Cent, Justin Timberlake, and Redman. Nigel Hall, a self-described “guardian of soul music" and the dynamic front man of Soulive will join Krasno for the concert.

About John Scofield
In a career spanning nearly four decades, John Scofield is one of the most influential guitarists and bandleaders on the international music scene. Fusing straight-ahead jazz with rock, funk and R&B, Scofield is no stranger to stylistic diversity in his performances and recordings. In addition to his own work, his extensive and eclectic collaborations with musicians are as varied as Miles Davis and Chet Baker to Phil Lesh of the Grateful Dead and MMW. A resident of Katonah and long time supporter of the Katonah Museum of Art, John is also an adjunct professor at New York University.

General Information
The Katonah Museum of Art is located at 134 Jay Street (Route 22) in Katonah, NY. For information call 914-232-9555, ext. 0 or visit katonahmuseum.org

Directions
By Train: From Grand Central Terminal (Harlem Division of Metro North): The Katonah Museum of Art is located 1/2 mile east of the Katonah railroad station. Taxi service is available.