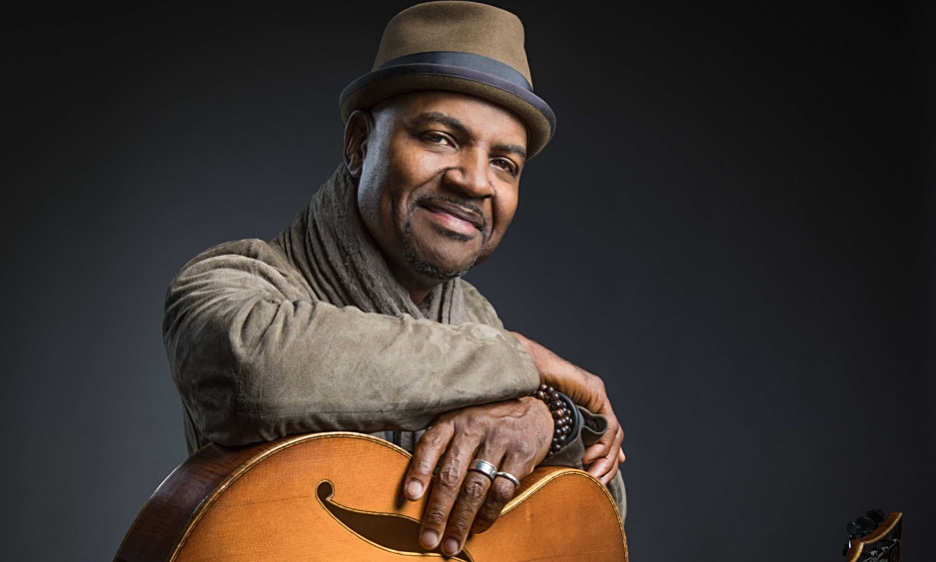 When we make music, we're never exactly sure how it's going to turn out... But we have developed such trust in each other, there's never any doubt that the end result is going to be good.
&#151Bobby Broom 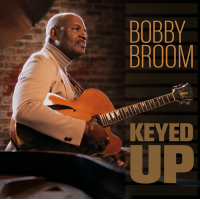 Master jazz guitarist Bobby Broom casts his ear on the masters of another instrument—the piano—with the September 23 release of Keyed Up (Steele Records). An exploration of compositions by (or associated with) great jazz pianists, the album is also Broom’s first in almost 30 years to itself feature an acoustic pianist. Justin Dillard, a youngish, fast-rising keyboardist from Broom’s home base of Chicago, joins his working trio with bassist Dennis Carroll and drummer Kobie Watkins.

In fact, it was an encounter with Dillard at a Chicago jam session that inspired Broom to realize the project (an idea he had long been nurturing). “I heard something intriguing in Justin that made me want to work with him,” he says. “It was a bit risky because I hadn’t played with him in such an intimate and crucial setting before we made this record. But it didn’t take long for me to know I had made the right choice.”

It doesn’t take the listener long, either. Dillard’s incandescent playing is a highlight of the very first track, Bud Powell’s “Hallucinations (Budo),” and maintains that high level throughout the album. From the blues-laden lines of James Williams’s “Soulful Bill” and McCoy Tyner’s “Blues on the Corner” to the exquisite tenderness of Erroll Garner’s “Misty,” Dillard earns his place in the spotlight. He also switches to his “laptop Swurlitzer,” an electronic keyboard, in a nod to fusioneers Chick Corea (“Humpty Dumpty”) and Herbie Hancock (“Driftin’”).

He’s not alone, of course. Carroll and Watkins are superlative as always, offering both sensitive support and lightning in a bottle that culminates in a spirited exchange of twelves, eights, and fours on “Blues on the Corner.” As for Broom, his excellence is understood—but he outdoes himself with his brilliant work on “Driftin’,” “Hallucinations (Budo),” and Horace Silver’s “Quicksilver.”

It’s the joining of these forces, however, that lets magic happen on Keyed Up. “When we make music, we’re never exactly sure how it’s going to turn out. It’s never a matter of ‘we’re just gonna play these tunes,’” Broom says. “In addition to the arrangements and preparation, there’s a great degree of intrigue and mystery in what we do. But we have developed such trust in each other, there’s never any doubt that the end result is going to be good.”

About Bobby Broom Bobby Broom was born January 18, 1961, in New York City. When he was ten years old, he heard one of his father’s records—by organist Charles Earland—touching off his lifelong love affair with jazz. By the time he was sixteen, Broom was attending New York’s prestigious High School of Music and Art and gigging with pianist Al Haig; by the age of twenty-one, equipped with a freshman year of study at Berklee College of Music, and some already extraordinary pedigree, he began touring with Sonny Rollins.

By that time, Broom had also signed with GRP Records and recorded 1981’s Clean Sweep, which wasa crossover jazz success. But rather than settle into a comfortable career in the emerging genre of “smooth jazz,” Broom took the road less traveled: He left the New York scene behind and established himself in Chicago.

In the 1990s Broom formed the first edition of his bass and drums trio, while also beginning to work with the members of what would eventually become the Deep Blue Organ Trio. During that decade he recorded a couple of quartet records before deciding to make a guitar-bass-drums trio his primary outlet. In 2000, a breakthrough year, he released the statement-making Modern Man (with organist Dr. Lonnie Smith, drummer Idris Muhammad, and Ronnie Cuber on bari sax), as well as the first of what would be many guitar-trio recordings, Stand!. He solidified a trio lineup with bassist Dennis Carroll and drummer Kobie Watkins with 2006’s Song and Dance (although Makaya McCraven filled in for the latter on 2014’s My Shining Hour). After establishing a new organ ensemble (the Organ-isation) with 2018’s Soul Fingers, Broom has returned to his longtime trio, but with the notion of supplementing it with pianist Justin Dillard for Keyed Up.

The use of a guitar-and-piano frontline remains somewhat novel in the jazz world, but Broom says overcoming that novelty is just a matter of seasoning. “When I first met Justin, he expressed some misgivings about operating with guitar,” he recalls. “I said to him, just listen and play. And he got better and better playing with me.” Lucky for us that we get to hear the results.