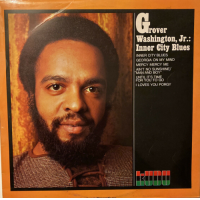 slideshow
On the evening of Friday, December 17, 1999, saxophonist Grover Washington Jr. was on the set of the CBS's Early Show. He played four songs with his band, and the performance was taped for airing the following morning, on the show's Saturday edition. In the green room, Washington collapsed and was rushed to the hospital, where he died of a heart attack at age 56.

Washington recorded nearly 30 albums and is widely considered to be the father of smooth jazz—an easy-listening format that emerged with the compact disc in the 1990s and displaced jazz fusion. His albums Inner City Blues (1972), Mister Magic (1975) and Winelight (1980) were among his most successful.

Here's Washington with Jean Carn on The Look of Love...

Here's a half hour concert by Washington and his band...