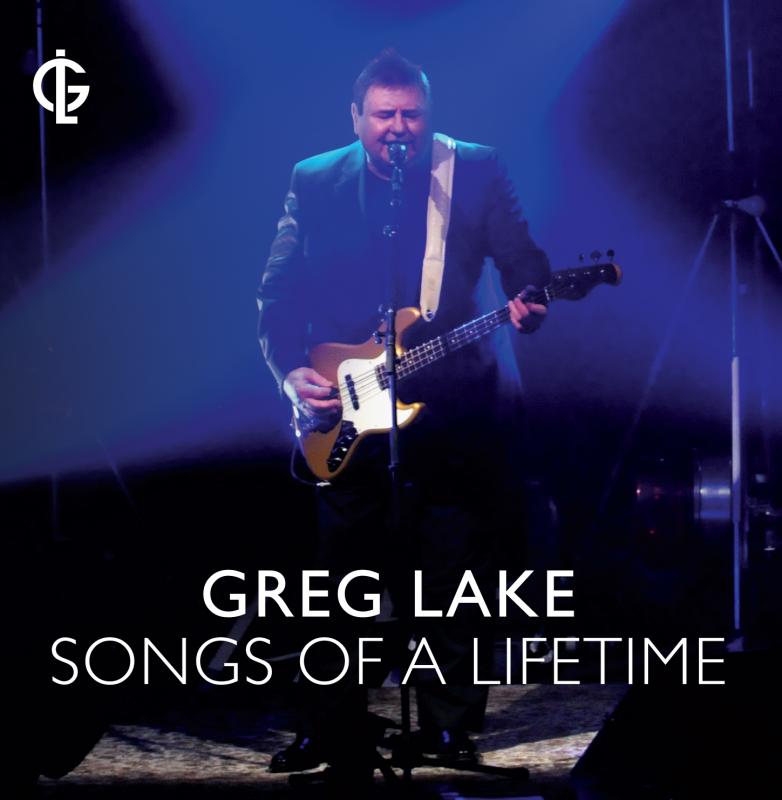 London, UK - Hot on the heels of a successful solo tour of the US, UK and sold out tour of Italy, legendary singer/songwriter Greg Lake has released a new live CD 'Songs Of A Lifetime' on Esoteric Antenna / Manticore Records on February 25, 2013. Capturing all the excitement of Greg Lake live in concert, 'Songs Of A Lifetime' documents Greg's musical history, from his beginnings with King Crimson to super- stardom with ELP to his illustrious solo career, through stories and songs. Performing all his most popular songs including “21st Century Schizoid Man", “From The Beginning", “Still....You Turn Me On", “Lend Your Love To Me Tonight", “C'est la Vie" and “Karn Evil 9", as well as homages to Elvis Presley and The Beatles and Curtis Mayfield, 'Songs Of A Lifetime' is a must have for Greg Lake fans and music fans everywhere!

Hailed as an “artistic triumph" and “the experience of a lifetime", 'Songs Of A Lifetime' gives new insight into Greg Lake and his influences, while showcasing in concert the influence his writing and voice have had not only for rock and roll, but contemporary music of all types.

As a founding member of King Crimson and Emerson, Lake & Palmer, Greg Lake has been a major force in music for over 40 years. In 2012 he embarked on a successful solo tour to perform 'Songs Of A Lifetime', a unique concert experience that was conceived whilst Greg was writing his autobiography. Greg explains, “From time to time during the writing of my autobiography, these songs would crop up that were in some way crucial or extremely important in the development of my career. These were not always songs that I had written myself, but sometimes songs that had been written and performed by other artists as well. I realized that what they actually represented was the journey that I had shared together with the audience over all these years. Behind these songs there were often stories to be told and it occurred to me that the same must be true for the audience as well. It was then that I thought of the idea of doing a series of very small intimate concerts where I could perform these songs and exchange stories with the audience, in a way reliving the time when the music we shared together really became part of our identity and in a way became the backdrop to our lives, a sort of tapestry I suppose."

Greg Lake has long been considered a legendary voice and musical powerhouse whose impact changed the landscape of rock and roll. Many simply refer to him as “The Voice". Visionary and creative, 'Songs Of A Lifetime' provides an evocative, emotional ride into the life and music of one of the world's most popular songwriters in a unique format which relies on audience involvement as well as the artistry of the performer. Says Greg, “This is not one of those boring shows sitting on a stool strumming folk songs, I purposely set out to make this show dynamic and entertaining with lots of drama and pathos, even some humour at times as well. Everyone feels part of the performance because we all bonded by the shared memories of our musical journeys together." The recordings on the 'Songs Of A Lifetime' CD were taken from a selection of shows performed on the 2012 tour.

The CD release coincides with the upcoming release of Greg Lake's autobiography, 'Lucky Man', and was inspired by it, but the two are not the same. The autobiography is NOT an audio recording of the show, but a narrative of Lake's experiences from childhood to the present, including never before revealed details, funny and poignant moments, and colourful facts of his amazing career as one of the world's leading and influential musicians, songwriters, vocalists and poets. The autobiography will be released both as an audio book read by the author and the complete print edition is anticipated at the end of the year. In support of the release plans for tours in Japan, Europe, South America, USA and Canada are currently in the works and will be announced shortly.