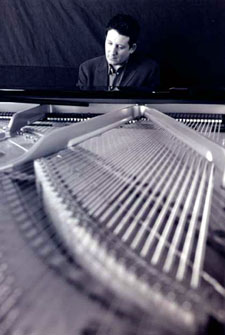 Over three decades after breaking ground as leader of the pioneering Jeff Lorber Fusion, the Philly-born and bred musician keeps the soulful momentum going, collaborating brilliantly on pop, jazz, R&B and blues-influenced tracks – and even harkening back a bit to his early Fusion heyday – with one of urban jazz’s top hit makers and sonic architects, Rex Rideout.

Lorber has been touring all throughout 2008 as part of ‘Guitars & Saxes’ with the likes of Gerald Albright, Peak label mate Jessy J, Jeff Golub and Peter White.

Heard That is in stores now.