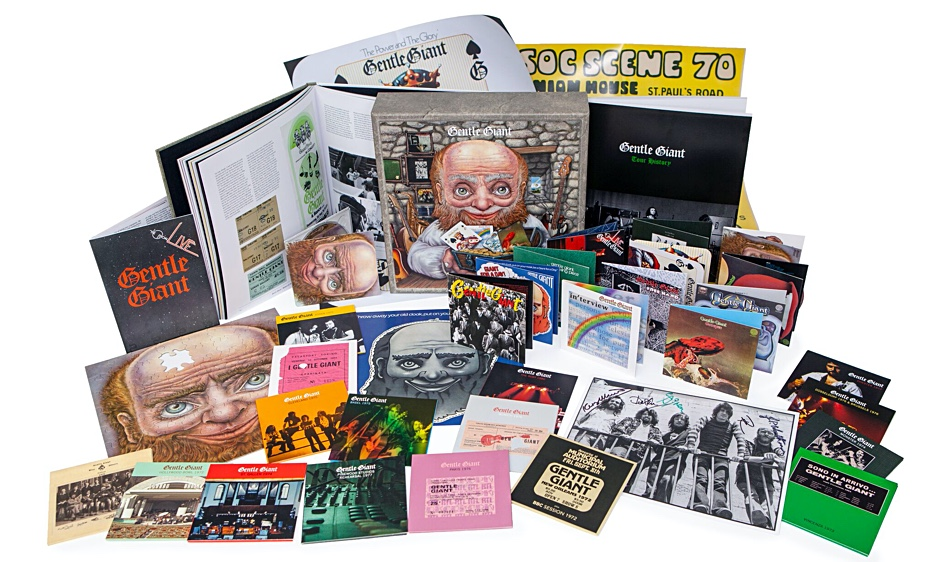 Unburied Treasure will be released on 6th December and is limited to 2000 copies.

Giant emerged from the ashes of chart hitmakers Simon Dupree and the Big Sound to become standard-bearers of the Seventies progressive movement. Their career often paralleled Genesis, their neighbours in the record racks, but while they frequently fought shy of commerciality—largely due to their pop past—and paid the price in sales terms, their uncompromising attitude won them a strong following in continental Europe.

They also enjoyed cult status in the States. When Frank Zappa was asked in 1978 who he was currently listening to, he namechecked Queen and Gentle Giant. (Coincidentally, Roy Thomas Baker not only engineered Giant's earliest sessions but went on to produce the iconic “Bohemian Rhapsody”.)

Strictly limited to 2,000 copies, this lavishly presented collection is clad in Bob Venables' new artwork, based on the iconic sleeve created by illustrator and Bowie alumnus George Underwood for the band’s Vertigo label debut in 1970. That full album has been remixed for this release's Blu-ray disc by prolific rock musician Steven Wilson, whose reputation for remixing prog-rock classics in recent years is second to none. The remix is available in high resolution 96/24 Stereo LPCM, 96/24 5.1 surround LPCM and DTS-HD 5.1 surround mixes, and the instrumental mixes for every track are also included.

The foundation of the set is the dozen albums officially released during Gentle Giant's 11 years as a recording act – but, for all their studio skills, Giant's musical abilities were given freest rein on stage. Yet only one live album, 1977's double vinyl