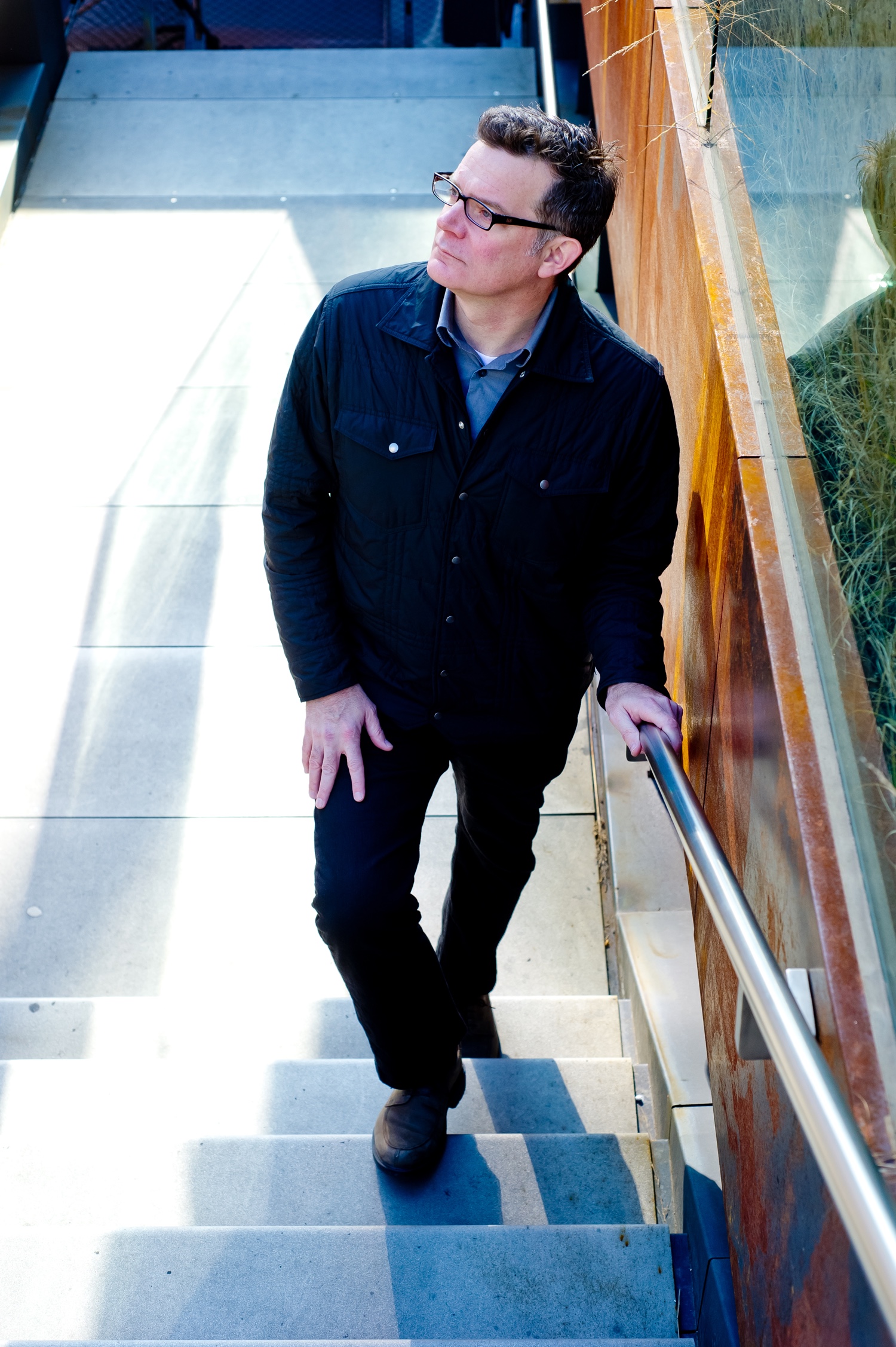 slideshow
Available on the Yellow Sound Label on September 18, 2012

Few musicians possess the incredibly diverse and vast resume that trombonist/composer Joe Fiedler boasts. The perennially in-demand artist has worked with “everyone", from Wycleff Jean, Jennifer Lopez, to Celia Cruz, Ralph Irizarry, Eddie Palmieri, and from Andrew Hill, Lee Konitz, Maria Schneider, to Borah Bergman, Anthony Braxton and Cecil Taylor. He is also an active member of some of the most revered ensembles working today, including the Miguel Zenon Large Ensemble, Fast 'n Bulbous-The Captain Beefheart Project, Chris Jonas' The Sun Spits Cherries, the Satoko Fujii Big Band, David Weiss and Endangered Species, the Jason Lindner Ensemble, The Mingus Band, the Ed Palermo Big Band, the Charles Tolliver Big Band and many others. Suffice it to say, you would be hard pressed to meet a musician today that hasn't crossed paths on stage or in studio with Mr. Fiedler.

In addition to this bustle of activity that comes with being one of the first call trombonists in the world (his eclectic discography easily exceeds 100 recordings), Fiedler has been making his mark with a string of compelling recordings under his own name, including Sacred Chrome Orb (Yellow Sound Label, hailed as “Excellent" by The Boston Globe, and featuring John Hebert-bass and Michael Sarin-drums), Joe Fiedler Plays the Music of Albert Mangelsdorff, and The Crab (both on Clean-Feed).

Joe Fiedler's newest recording, Big Sackbut, featuring Fiedler, Josh Roseman & Ryan Keberle - trombones, and Marcus Rojas - tuba (on the Yellow Sound Label, September 18, 2012), was really born in the late 1980s when Fiedler first saw The World Saxophone Quartet live. Fiedler explains this revelation: “The drive and energy that they put forth, all without a traditional rhythm section was quite compelling. In addition, the tunes had a wonderful balance of 'loose-tightness' or 'tight-looseness' that totally sucked me right in. And this is to say nothing of the four powerhouse solo voices. I immediately thought of how I might incorporate my image of all of those elements into a trombone driven project of my own. Those ideas rattled around in my head for more than 20 years. Then a little more than two years ago, while on a gig with Ryan Keberle, I told him of my intention to finally follow through and put it all together. As it turned out he was curating a series for the New York Slide Workers Union and offered me a gig. It was just the little nudge that I needed to bring the project to life, and here it is!"

On Big Sackbut one could listen to and enjoy this music immensely without considering the instrumentation, so complete is this music. However, that would be missing most of the soul enriching listening and gratifying fun that is packed into every measure. To hear and contemplate the vast amounts of timbre, tone, rhythm, harmony, melody, charming wittiness and emotion these musicians extract from three trombones and a tuba is an extraordinary experience.

About the music on Big Sackbut:

The album opens with “Mixed Bag", a kind of grooving, patchwork, polyphonic “quilt" that Fiedler has been piecing together for many years. “I love the vibe and interaction between the cats in the introduction, and I think that it sets the tone for what is to follow," said Fiedler. Fiedler and Roseman trade declamatory solo flights here, setting the bar high. “The Crab" was the title track from one of Fiedler's trio CDs that subsequently found a second home in the book of Bobby Sanabria's band (appearing on the recording, Big Band Urban Folk Tales). It finds a third home here, uniquely adapted for this quartet. “Don Pullen" is a rhythmically propulsive, but rich and expressive piece, that, when completed, reminded Fiedler of his all- time favorite jazz musician, the late Mr. Don Pullen. Ryan Keberle has the featured solo on this tune. “'A Call For All Demons' is a classic from another one of my heroes, Sun Ra. For my money, there is for sure a straight line from Ra's album 'Sun Song' to the World Saxophone Quartet," explained Fiedler. The ballad “#11" was written for Fiedler's girlfriend Shari, named for her old apartment number. This song highlights Mr. Fiedler's aptitude for crafting gorgeous harmonies, and his masterly improvisational flair.

Other highlights on Big Sackbut include one of Fiedler's favorite Willie Colon compositions, “Calle Luna, Calle Sol", from the trombonist's early days as one of the mainstays on the Salsa scene; “Blabber and Smoke", “a great tune by Don Van Vliet, better known as Captain Beefheart. For years I have played in a Captain Beefheart tribute band, Fast n Bulbous, and I originally wrote an arrangement of 'Blabber' for that group. I thought that it would make a great addition to the Big Sackbut book", said Fiedler; “Ging Gong", a tribute to “a great trombonist and friend who became my mentor as a young musician coming up in Pittsburgh, Randy Purcell", which first appeared on Fiedler's trio release, Sacred Chrome Orb; “Does This Make My Sackbut Look Big" was inspired by music Fiedler was composing for a television documentary at that time, and proves to be the most rhythmically challenging song from this recording. Fiedler delivers another compelling tour-de-force solo excursion here; and the album's closer “Urban Groovy", which came to Mr. Fiedler while riding the subway in NYC, is a melody inspired by, and conveying his love of Brazilian music.