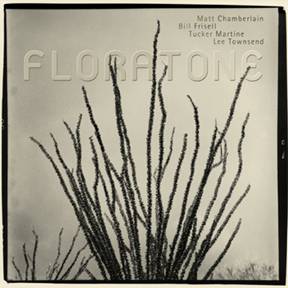 Critics are raving about FLORATONE, a unique collaboration between Matt Chamberlain, Bill Frisell, Tucker Martine & Lee Townsend that is one of the most provocative musical statements of the year. Check out Tom Moon's rave review from NPR All Things Considered.

“Floratone is a modern masterpiece... The greatest success is how organic, how natural the music sounds... a distinctive, extremely appealing and visual collection of sonic landscapes."

“Floratone [is] some of the most riveting instrumental music to emerge this year... Listen to these swirls of sound, it's almost like the beginning of some exotic new language, rising like steam from a swamp."

“...low-simmering grooves and unassuming melodies... You could call it a mutant strain of Americana, humid and cinematic, rich in reverb. Its chief business is atmosphere... Pay closer attention, and it's possible to notice the myriad intricacies of shading and grain."

“Bill Frisell springs loose by collaborating with drummer Matt Chamberlain on a playground of sprawling spontaneity that co-producers Tucker Martine and Lee Townsend then sliced, stitched and looped together into 11 grooved songs... The result is a soundscape infused with a mlange of jazz, country, dub, reggae, funk, rock and ambient music."

“If Miles Davis' Bitches Brew had been a gumbo recipe with Wes Montgomery cooking, it might've sounded like [Floratone]."